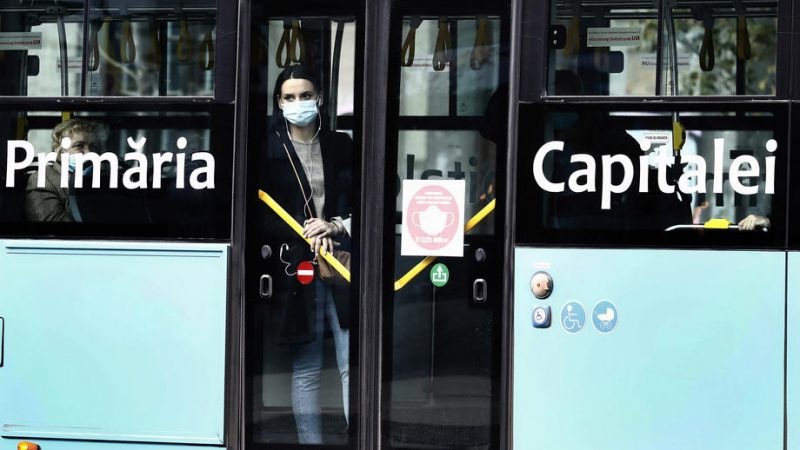 Though authorities are not in favour of such a measure, a lockdown in Bucharest cannot be excluded, said Health Minister Vlad Voiculescu. [EPA-EFE/ROBERT GHEMENT]

With the number of COVID cases on a sharp rise over the past days, Romania’s capital city is nearing the threshold of 6 per 1,000 coronavirus cases over the past 14 days that is needed to call a lockdown.

Though authorities are not in favour of such a measure, a lockdown in Bucharest cannot be excluded, said Health Minister Vlad Voiculescu.

On Sunday, the incidence rate in Bucharest reached 5.33, as almost half of the total number of new infections with SARS-CoV-2 in the country were reported in the capital city. Moreover, many localities in Ilfov county, which surrounds Bucharest, including some of the city’s suburbs, went into lockdown. Though a Bucharest lockdown is not on the table for now, local authorities have decided to extend restrictions already in place.

Vaccination will help reduce the number of new infections across the country, said Prime Minister Florin Citu, confirming that the number of daily inoculations will reach 80,000 in the coming days. Romania will not experience another lockdown like the one it went through last year, the PM pledged.

Romania officially started the vaccination of its general population last week, for which anyone can register on the government platform. So far, about 750,000 people are on waiting lists in the online vaccination platform, while around 1.75 million people have already received a vaccine. (Bogdan Neagu | EURACTIV.ro)