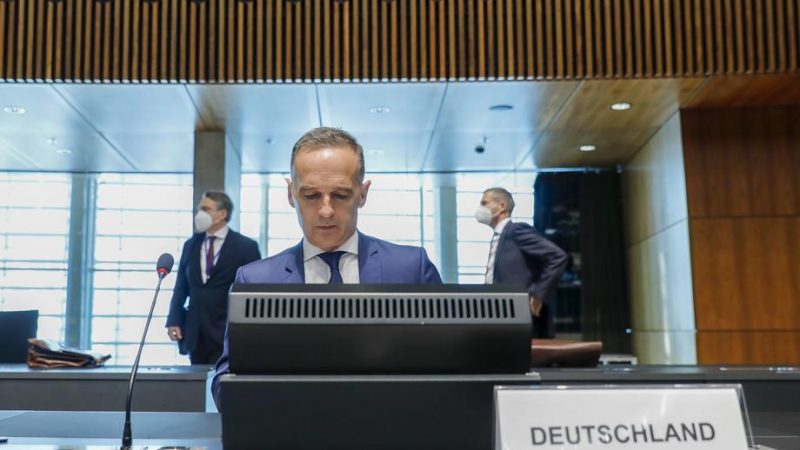 “This decision will further prolong the Ice Age, which has been going on for a long time”, Maas said. [EPA-EFE / JULIEN WARNAND]

Russia said on Monday (18 October) it would halt the activities of its mission to NATO and that of NATO’s diplomatic mission in Moscow after the alliance expelled eight Russians in a spying row earlier this month.

“It makes things more difficult, and they were already difficult. Germany has sought, within NATO, for there to be a dialogue with Russia,” Maas told reporters, adding Russia had previously signalled a willingness to talk.

“This decision will further prolong the Ice Age, which has been going on for a long time”, Maas said.

“We must acknowledge more and more that Russia no longer seems to be (willing),” he continued. “It’s more than just regrettable, this decision taken in Moscow … It will seriously damage the relationship.”