Maas: No money to the entity working to destroy BiH 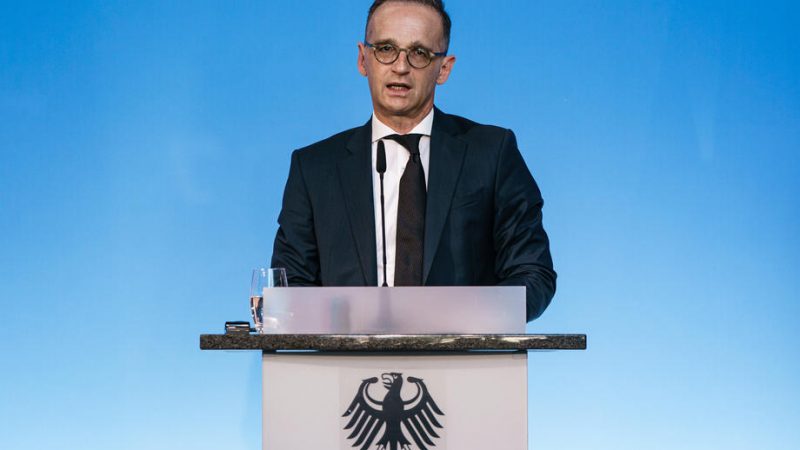 “What we are seeing in BiH is the worst political crisis since the end of the war in 1995, and I share that opinion,” Maas said in an interview with the Sarajevo Klix portal. [EPA-EFE / CLEMENS BILAN]

German Foreign Minister Heiko Mass joined those who claim the current crisis in BiH is extremely dangerous and that it is necessary to stop the actions of the Republika Srpska (Serb entity, RS) authorities which could result in the country’s disintegration.

“What we are seeing in BiH is the worst political crisis since the end of the war in 1995, and I share that opinion,” Maas said in an interview with the Sarajevo Klix portal.

He said “the dangerous and irresponsible secessionist policy of the RS authorities” was responsible for that.

Maas emphasised that now, at the urging of Milorad Dodik, the Serb member of the BiH Presidency, RS plans to adopt measures that would call into question BiH’s armed forces, judiciary, and tax and custom duty collection.

He added that nationalism was reopening old wounds and jeopardising a peaceful future for the country.

“This path doesn’t solve any problem, while creating numerous new problems, especially for people in RS. A permanent crisis, in conjunction with institutional chaos, a paralysis of desperately needed reforms and tensions which continue to grow, will drive away investors from the country, increase the number of the jobless and intensify emigration”, said Maas.

“We neither can nor will direct German taxpayers’ money to an entity which is actively working on the destruction of BiH as a state. And we will also consider individual measures against those bringing this country’s territorial integrity into question,” he added.

Maas said Germany was working on steps that could be taken with its European partners as well as the UK and the US.