Macron bids Merkel farewell over dinner, but not really 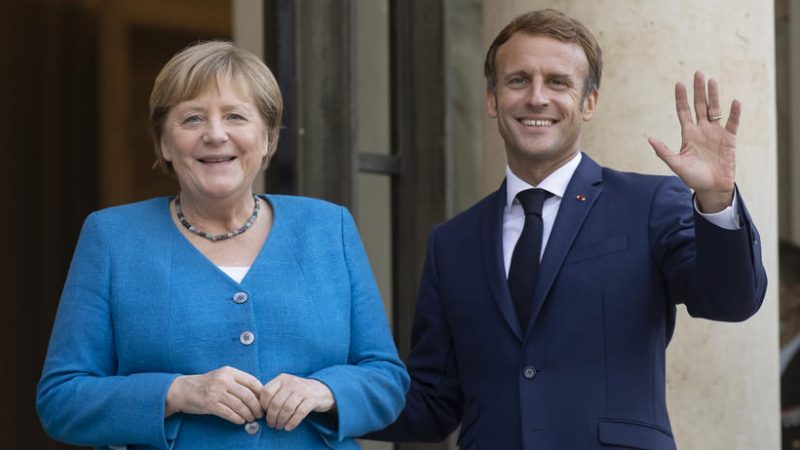 It is likely that Merkel will still be interim chancellor when France assumes the presidency, as forming a new government might take anywhere from 60 to 170 days. [EPA-EFE/ Ian Langsdon]

As German Chancellor Angela Merkel winds up her farewell tour across Europe, she visited Emmanuel Macron in Paris on Thursday.

The two pledged to keep working together closely, even as Merkel is set to become a sitting duck on 26 September when a new German government is elected.

Macron is said to have an ambitious EU reform agenda for when France assumes the EU Council presidency on 1 January and he also faces an election in Spring.

It is likely that Merkel will still be interim chancellor when France takes over the presidency, as forming a new government might take anywhere from 60 to 170 days.

“Until the formation of the government, Mrs Chancellor – dear Angela Merkel – and myself will continue to work hand in hand on major issues, on which we seek to bring Franco-German solutions, as we have done from day one,” Macron said at the Élysée before their working (goodbye) dinner.

Added Merkel: “We want to make everything possible, from the German side, so that there is no standstill in the necessary decisions that have to be made”.

Exemplarily she noted Afghanistan, Ukraine and Belarus as well as the upcoming EU negotiations over the Fit for 55 package of climate regulation.

The Élysée said it was not a farewell dinner, Reuters reported, but it is nonetheless the last time Merkel and Macron meet while she is a genuine chancellor.