Macron considers compulsory vaccination for all 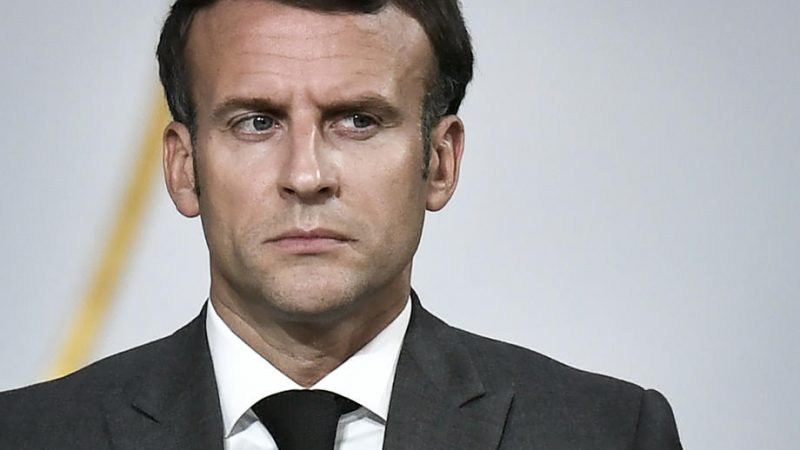 “If the health situation remains under control for the moment, only a massive vaccination campaign will be able to prevent a new wave of hospitalisations as soon as August and new restrictive measures,” Emmanuel Macron said during his speech on Monday evening. [EPA-EFE/STEPHANE DE SAKUTIN]

With coronavirus infection rates on the rise again across France, President Emmanuel Macron called for a “summer of mobilisation”, announcing the mandatory vaccination for healthcare workers in a televised address to the nation on Monday.

“If the health situation remains under control for the moment, only a massive vaccination campaign will be able to prevent a new wave of hospitalisations as soon as August and new restrictive measures,” Emmanuel Macron said during his speech on Monday evening.

“We were right, collectively, to constantly seek a balance between security and freedom,” said the head of state, who welcomed the country’s economic recovery, pointing to the 6% growth in GDP in 2021 and the creation of 187,000 jobs since the start of the year. He also praised the education system during the crisis, with schools only closing for 12 weeks compared to 34 weeks in Germany.

But because of the Delta variant spreading across the country, France is now facing a worrying increase in infections. “The equation is simple,” according to the president, “the more we vaccinate, the less space we leave for the virus to spread.”

“It is a new race against the clock”, Macron added. “To win this race, vaccination will from now be compulsory for all people working in contact with vulnerable people,” the president announced, giving health care workers until 15 September to be vaccinated.

Specific vaccination campaigns will be organised in schools and higher education establishments. “We must consider the question of compulsory vaccination for all,” the president added, as the vaccination campaign appears to now be losing momentum in the country.  For the moment, however, Macron says he wants to “make the choice of trust,” calling on all citizens to get vaccinated and warning that “the freedom of all of us depends on it.”

But as the level of vaccinations remains “insufficient” to control the pandemic, additional measures will be applied. The state of sanitary emergency will be applied once again for the regions of Martinique and Reunion as of Tuesday, leading to a new curfew.

The next few weeks will also see the stricter application of the health pass, with it being compulsory from 21 July for leisure activities and events involving more than 50 people. This obligation will be extended to cafés, restaurants, shopping centres, hospitals, retirement homes, planes as well as long-distance trains and buses from the start of August.

To further encourage vaccination, PCR tests will no longer be free as of Autumn 2021, unless prescribed by a doctor. (Magdalena Pistorius | EURACTIV.fr)