Macron holds rally in Marseille to win over Mélenchon voters 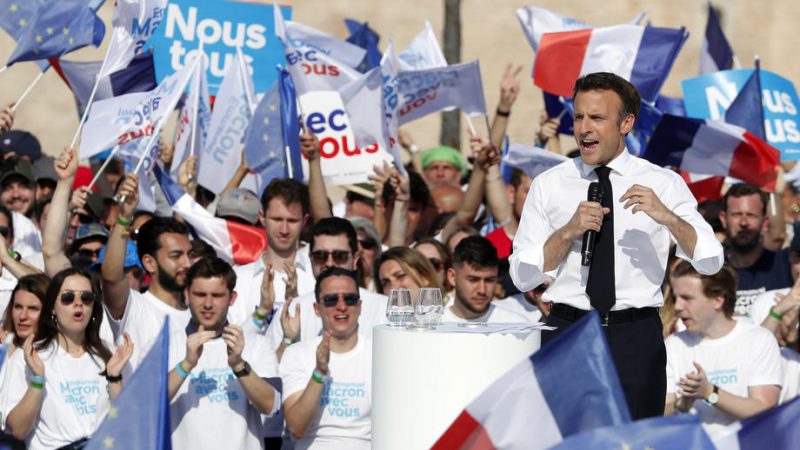 According to organisers, Macron spoke to 3,000 people on Saturday in Marseille. In this left-wing area, far-left candidate Jean-Luc Mélenchon, who narrowly fell short of making it to the second round, scored highest among candidates with 31% of the vote in the first round. [EPA-EFE/Guillaume Horcajuelo]

With just a week to go before the final round of the presidential election, President Emmanuel Macron held a rally Saturday in Marseille to win over young people who overwhelmingly voted for rivals Jean-Luc Mélenchon and Marine Le Pen in the first round.

According to organisers, Macron spoke to 3,000 people on Saturday in Marseille. In this left-wing area, far-left candidate Jean-Luc Mélenchon, who narrowly fell short of making it to the second round, scored highest among candidates with 31% of the vote in the first round.

Macron’s speech focused on the environment. Marcon defended his five-year term at the start of his speech, explaining that he did “not do nothing during these five years.” He cited successes, including the abandonment of the Notre-Dame-des-Landes airport or the gigantic EuropaCity leisure and shopping centre project.

Macron also announced that the next prime minister would also be in charge of “ecological planning”, a project included in Mélenchon’s programme.

The prime minister will also be assisted by a minister of “energy planning” whose objective will be to get France out of fossil fuels while developing nuclear and renewable energies, Macron added.

The minister “in charge of territorial ecological planning” will have to “organise the environmental transition in each territory with local elected representatives”. Macron also announced the creation of an annual ‘Nature Festival’, based on the current Music Festival held on 21 June every year.

The president also spoke of the economy, remarking that “to finance our hospitals, we need to produce and work more”.

At the same time, young people in Paris held climate protests following a call from Extinction Rebellion, chanting, “Nothing changes… voting is no longer enough”.

French think tank The Shift Project, which examined the environmental programmes of all presidential candidates in March, said, “we know almost nothing about his future strategy.”

Under the Marseille sun, Macron tried to reassure people about his ambitions. He also attacked Le Pen, whom he will face in the election run-off next Sunday, calling her a “climate sceptic”.