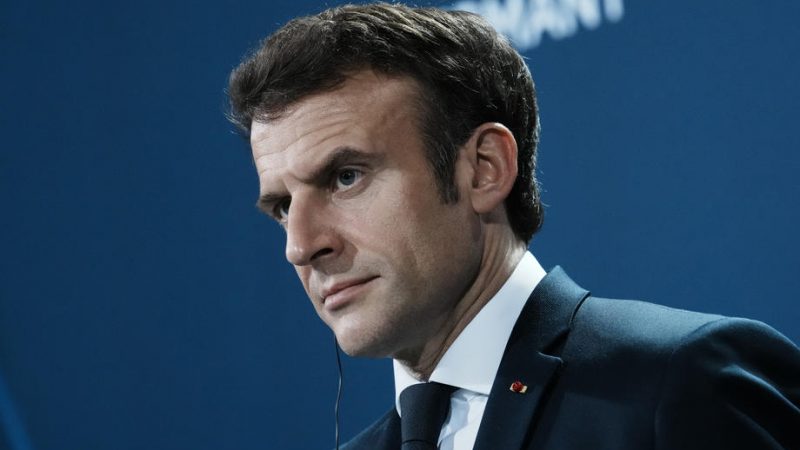 With one month to go before the first round of the presidential elections, government spokesman Gabriel Attal has confirmed that candidate Macron will propose an extension of the retirement age. [EPA-EFE/THIBAULT CAMUS]

“We have the possibility to move these negotiations forward,” said French President Emmanuel Macron on the topic of peace negotiations between Russia and Ukraine during his meeting with his Ukrainian counterpart, Volodymyr Zelensky in Kyiv on Tuesday.

“A meeting of Normandy format councillors [Ukraine, Russia, France and Germany] will take place this Thursday [10 February] in Berlin”, he added.

The president also underlined the “mediation efforts between Russia and Ukraine” pursued by France and Germany, aiming to “end the conflict”.

Macron supported the importance of the Minsk agreements, which Russian President Vladimir Putin committed to respecting on 7 February. This respect, also shared by the Ukrainian president, is “the only way to build peace and […] a viable political solution”, said Macron, adding that the agreements must be “implemented resolutely, methodically”.

Macron hopes to achieve “a lasting de-escalation” in a “process [that] aims to restore order, stability and security on our continent”. The president also confirmed that Putin told him “that he would not be the cause of an escalation”.

However, the Kremlin said it refuted claims of Putin telling Macron not to take any new initiatives on the Ukrainian border. Withdrawal of Russian troops would not be envisaged at this stage even if Putin had recognised that “some of the ideas” put forward by Macron could allow “the basis for joint progress to be laid”.

The French president concluded his speech by reminding Zelensky of “France’s availability to consolidate Ukraine’s sovereignty”.