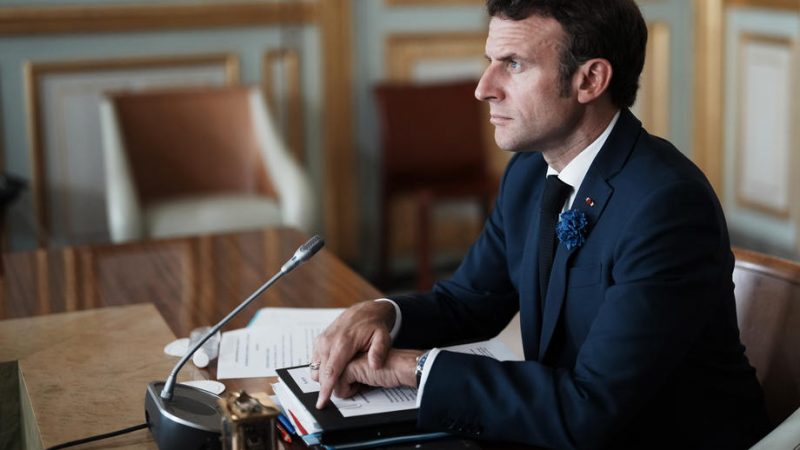 After congratulating Macron on his re-election, the 81 signatories reminded the president that ten years have passed since Kosovo started the process of liberalising visas with the countries of the Schengen area. [EPA-EFE/Thibault Camus]

Re-elected President Emmanuel Macron was sworn in at the official inauguration ceremony at the Élysée Palace on Saturday (7 May), with 450 guests, including members of his government and former presidents Nicolas Sarkozy and François Hollande, in attendance.

Macron declared that he would be a “new president” for a “new mandate” in his speech. Speaking about his victory over far-right leader Marine Le Pen in the final election round, he said the French had made “the choice of a clear project” in the face of “the sirens of ideologies whose shores we thought we had left” and “easy demagoguery”, reports Le Monde.

“The time ahead will be one of resolute action for France and Europe,” said Macron, who must now announce the formation of his new government, which may end up being reshuffled after the legislative elections in June. (Clara Bauer-Babef | EURACTIV.fr)