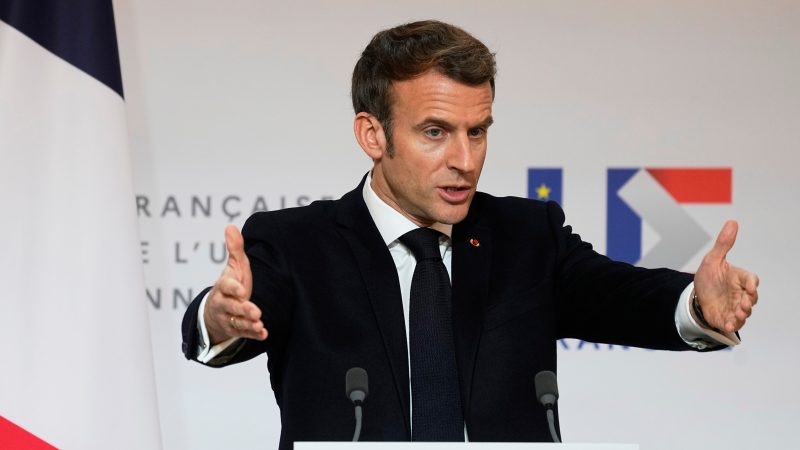 French President Emmanuel Macron and his Russian counterpart Vladimir Putin are set to hold a telephone call Friday morning to discuss the ongoing crisis over Ukraine.

This comes after the main European leaders met with US President Joe Biden, and after councillors of the heads of state and government of the Normandy format – which includes Russia, Ukraine, Germany and France – also met.

The Elysée welcomed “a signal of Russian re-engagement, since it is the first in a very long time”, following the Normandy-style meeting, during which a joint communiqué – which mentions the “unconditional respect of the ceasefire” and its reinforcement measures – was agreed upon after over eight hours of discussions.

The objective of the meeting was “to send a signal of détente or de-escalation” according to the Élysée, which noted “a collective commitment to organise the sequence of dialogue” aimed at “taking into account the point of view of the separatists” of Donbass.

To make such a de-escalation effective, Foreign Minister Jean-Yves Le Drian and German counterpart Annalena Baerbock are planning a visit to Kyiv “in the coming days”.

Referring to the meeting of advisors, the Elysée said Kremlin deputy chief of staff Dmitry Kozak “came with a negotiating spirit”.