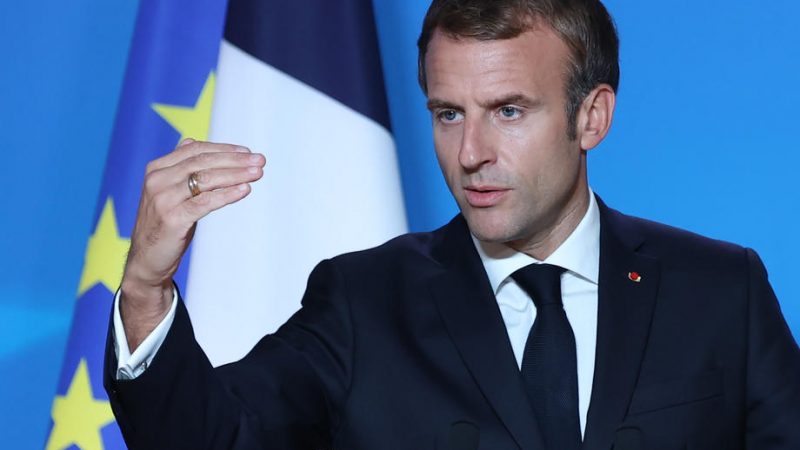 French President Emmanuel Macron will travel on Wednesday to Croatia and a day later to Rome. [EPA-EFE/ARIS OIKONOMOU / POOL]

The 60 page Quirinal Treaty will be signed in Rome to signify new, substantial bilateral, European, and global partnerships.

The first official visit of a French president to Croatia since the country’s independence in 1991 will culminate in signing an agreement on the procurement of the Rafale jets. After Croatia, Hungary will be the last European destination to be visited by the French president.

Zagreb in May announced that it would buy 12 Rafale jets to modernise its armed forces. PM Andrej Plenković, in September, said that “the acquisition of Rafale fighter jets is strategically changing Croatia’s position in the military, defence sense, in terms of strength towards international partners, security alliances and coalitions”.

This new partnership is “not only a commercial contract”, the Élysée said. It should also strengthen relations between the two countries, particularly economic, but also on the cultural and scientific level.

President Macron and PM Plenković will sign the agreement on Strategic Partnership deepening the one from 2010, signed by former PMs, Jadranka Kosor and François Fillon. The document underlines France’s support for Croatia’s accession to the euro and Schengen area. France also supports Croatia’s admission to the OECD, the Croatian Government source said.

The agreement will see Croatia “become a privileged partner to France in this part of Europe”.

Discussions between Emmanuel Macron and the Croatian executive will also address “the deterioration of the situation in Bosnia”, the Elysée said, stressing that Paris is particularly concerned by “blockages at the federal level and [Milorad] Dodik’s secessionist remarks”. The French presidency declared that it “supports the principle of a revision of the electoral law” to resolve the problem of Croat representation.

Croatia hopes a new level of relations with Paris will strengthen its position in the emerging ecosystem of the EU.