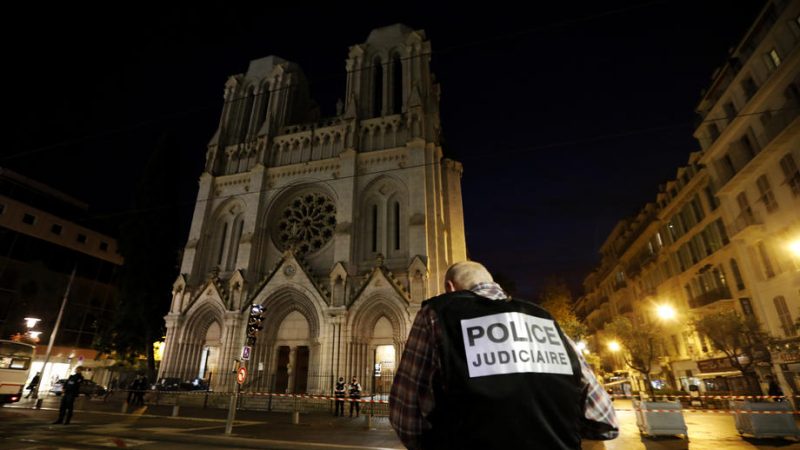 The French army’s “sentinel” operation will be reinforced from 3,000 to 7,000 soldiers to protect places of worship and schools, President Emmanuel Macron announced following a knife attack that killed two women and a man on Thursday in Nice.

“It is France that is under attack,” said Macron, describing the incident as an “Islamist terrorist attack”.

Police said three people were confirmed to have died in the attack and several were injured. The attacker, who was apprehended and injured by the police on the scene kept shouting the phrase “Allahu Akbar”, is now in hospital, according to police sources.

The French anti-terrorism prosecutor’s department said it had been asked to investigate.

The attack comes while France is still reeling from the beheading earlier this month of history and geography school teacher Samuel Paty by a man of Chechen origin.