Macron welcomes US back to ‘multilateralism club’ 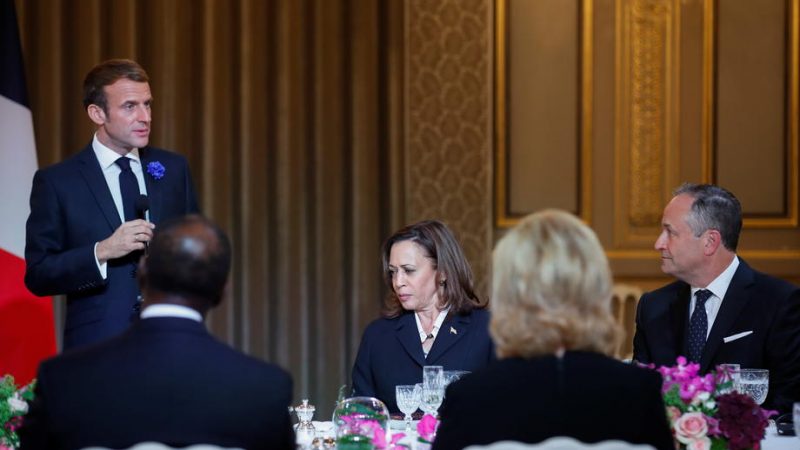 “I believe [multilateralism] is the rightful place for the United States of America,” French President Emmanuel Macron said in front of US Vice-President Kamala Harris. [EPA-EFE / GONZALO FUENTES]

“I believe [multilateralism] is the rightful place for the United States of America,” French President Emmanuel Macron said in front of US Vice-President Kamala Harris in his opening address at the Paris Peace Forum, which opened on Thursday.

The vice-president of the United States arrived in Paris on Tuesday as another conciliatory move after the submarine crisis, which damaged trust between Paris and Washington.

“We agree that we are at the beginning of a new era and that our cooperation is absolutely crucial,” said the French president as he began a one and a half-hour meeting with Harris.

“I think, and we share this vision, that we are at the beginning of a new era rich in challenges but also in opportunities”, replied the American vice-president.

After a visit to the Pasteur Institute, to meet American and French researchers working on COVID-19 on Tuesday and a stop by the American cemetery in Suresnes, where 1,500 soldiers who died in the First World War are buried, Harris attended the armistice commemoration ceremonies presided over by the head of state at the foot of the Arc de Triomphe. She will fly back to the US on Saturday.