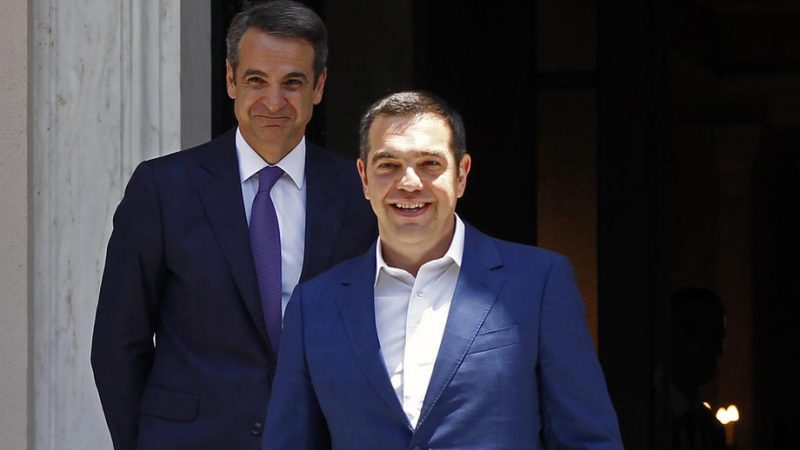 Emmanuel Macron’s victory in the French elections has pleased political parties in Athens, who said it’s both a relief for democracy and a warning. The government are happy a close ally remains in the EU council, while the opposition sent a rather political message on the need for the progressives to join forces.

Although they don’t belong to the same EU political family, the conservative Greek leader has established close ties with liberal Macron, especially after the two countries signed in September 2021 a landmark military agreement providing mutual assistance in the event of one party coming under attack by a third country, even if the latter belongs to NATO.

Macron is also Mitsotakis’ main ally in the EU Council regarding Turkey’s activities in the Eastern Mediterranean.

At the peak of the Greek-Turkish row in the region last year, Macron backed Greece’s request for sanctions against Ankara, but at some point, Paris backed down, considering opposition from other EU partners.

For the leftist main opposition Syriza party, Le Pen’s defeat was a message in favour of democracy but also represents a warning for the future. In a statement, which addressed more the domestic audience, the leftist party repeated its call for progressive parties to join forces.

“One cannot be complacent, especially the left, progressive forces. The defeat of the far-right – which has now surpassed 40% – and the neoliberal and conservative policies that strengthen it is the highest priority. Dealing with them requires unifying initiatives and the coexistence of progressive forces,” Syriza said.

Although national elections are in more than a year’s time, Syriza has openly offered to partner with Greek socialists (Pasok) in a progressive government against what they describe as neoliberal conservatives.

For their part, Greek socialists issued a more general statement, highlighting though the need for more social policies.

“Europe in this difficult time needs leaders who understand the need for more common policies among the peoples of Europe in areas such as defence, security, the economy and the welfare state,” Pasok leader Nikos Androulakis said.

Macron has responsibility for extreme-right rise

Speaking to EURACTIV Greece, leftist MEP Stelios Kouloglou said Le Pen scored better than in the 2017 election as more than 4 in 10 French voters supported her.

“In the French Republic there is a shift to the right and President Macron has responsibilities for this,” the MEP said.

“All the polls show that the underprivileged French have supported the far-right candidate, as they feel marginalised by the political and social system. The ‘president of the elites’ was elected as the least evil and not because the citizens supported his program,” he added.

“The demagogues of the far-right are waiting all over Europe unless the problems of the vast majority are solved. Five years is very little in history. In France, the next match may have very unpleasant surprises in store. For now, France and the EU are finally saved. But until when?” he added.