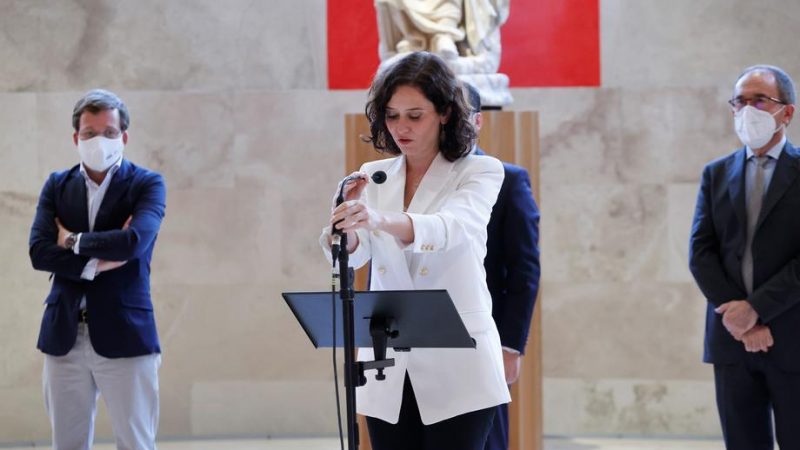 A bitter dispute has been triggered in the central government following the alleged exclusion of the capital over the disbursement of EU funds to ease the impact of the pandemic. The Madrid regional government filed an appeal to Spanish Justice, EURACTIV’s partner EFE reported.

On Thursday afternoon, the regional government of Castilla y León, led by the centre-right Popular Party, filed a request, before taking legal action, asking the Spanish government to withdraw and change the initially proposed distribution of EU funds for five regions, and asked to be included as a beneficiary of the EU money as well.

Castilla y León, however, did not follow the same legal steps as Madrid, EFE reported.

On Wednesday, the president of the Madrid region (Comunidad de Madrid), Isabel Díaz Ayuso, of the Popular Party had announced that the regional executive would lodge an appeal before the Spanish High Court against the distribution of EU COVID-19 funds to the regions for, in her view, excluding the “Comunidad”.

Madrid’s regional Economy and Finance Minister, Javier Fernández-Lasquetty stressed that the legal move aims at revoking a decision by the Spanish labour ministry to greenlight the distribution of €9 million of EU funding to the Basque Country, Navarre, Extremadura and the Valencian Community mainly for employment subsidies, EFE reported.

According to Fernández-Lasquetty, the government’s decision was “arbitrary”. In Madrid’s view it has violated “(…) the legally established distribution of powers in the area of employment (between the Spanish central government and the regions, which have some competencies transferred)”, he added.

Economy Minister Nadia Calviño, of the socialist PSOE, rejected the move by Madrid’s regional government, pointing out that only two regions will receive more EU funding.

Calviño defended the distribution agreed with all 17 Spanish regions and highlighted that €11 billion of EU Next Generation funds have already been transferred. Andalusia, Catalonia and Madrid, which “has received more than €1.2 billion”, are the ones, in this order, to have received the most, she added.

“This kind of claim (by Madrid) is not at all relevant considering the care we are taking in the management of these funds (…) I am surprised that more funds from the state are being asked by an autonomous community that has only one economic policy, which is to reduce taxes, it is quite ironic and contradictory,” Calviño stressed.