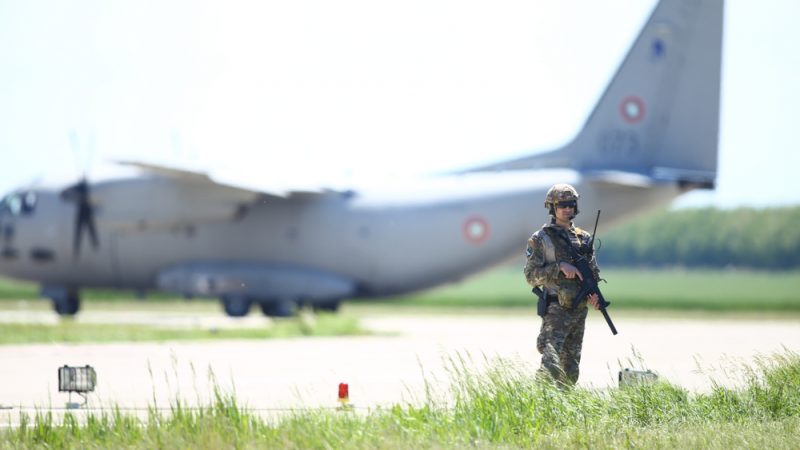 The war in Ukraine and the complex security situation in Europe have fuelled pro-NATO sentiment in Spain, where 83% of people interviewed expressed a positive opinion of the military pact, EURACTIV’s partner EFE reported. [Shutterstock/Mircea Moira]

There is increased support from leftist parties, who had opposed the military alliance, in Spain’s participation in the defensive pact ahead of next week’s NATO summit in Madrid, a survey by a Spanish think tank revealed on Thursday.

The war in Ukraine and the complex security situation in Europe have fuelled pro-NATO sentiment in Spain, where 83% of people interviewed expressed a positive opinion of the military pact, EURACTIV’s partner EFE reported.

The study published by the Spanish think tank Real Instituto Elcano revealed that, among people who declare to be politically conservative, 91% favour NATO and Spanish participation in the alliance.

The surprise came among left-wing voters, where support for NATO reached 66%, a historic high “peak”, the Elcano Barometer “war in Ukraine and NATO summit” revealed.

The report also highlights the increase in the positive assessment of the Spanish Armed Forces, with the group of those with a “very good” opinion doubling.

The survey, conducted between 7 and 13 June, is based on 1,032 online interviews with people aged between 18 and 75, Elcano reported.

Asked whether Spain should remain a NATO member, 83% responded affirmatively, compared to 73 per cent in a 2018 survey, while the percentage of those against it fell from 22% to 17%, the study revealed.

The report also reveals that three-quarters of respondents (76%) believe that NATO membership has made Spain safer from external threats and that 46% of respondents consider Russian military action against Spain in the context of the war in Ukraine to be somewhat or very likely.

Two weeks before the NATO summit in Madrid, 43% of those polled were unaware of the meeting, which will bring together delegations from 43 countries and more than 40 heads of state or government, including the President of the United States, Joe Biden, in Spain.