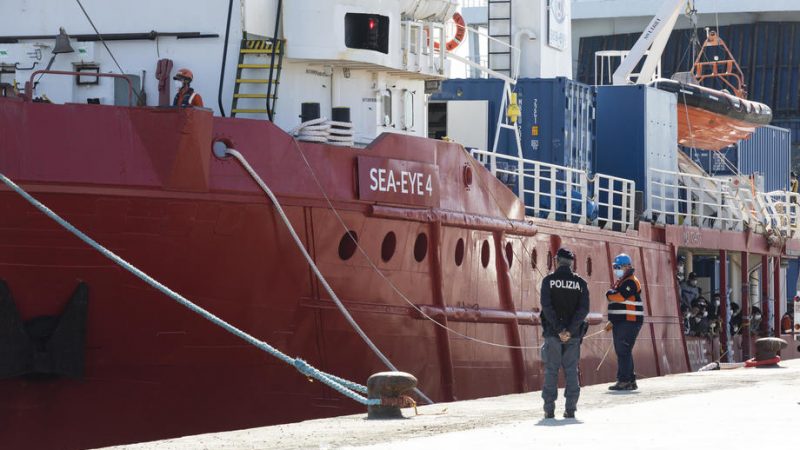 The Maltese government has refused a request from an NGO vessel Sea-Eye. [EPA-EFE / FRANCESCO RUTA]

Maltese authorities have refused to allow the disembarkation of over 200 migrants rescued within its own search and rescue area last week.

The migrants, including four pregnant women and eight children, two of which are injured, were rescued in four operations on Thursday and Friday. The Maltese government has refused a request from an NGO vessel Sea-Eye. According to local media, the authorities said, “Malta is not in a position to provide you with a place of safety.

They continued that the vessel should head to the next port of safety in Tunisia.

Malta has refused several missions in recent years, including one in 2020 that led to several migrants on board the vessel trying to commit suicide. The EU member state also coordinates with the Libyan coast guard to return people to the country where they face detention in militia-run centres.

Testimonies of those returned say they face rape, torture, extortion, and even death.