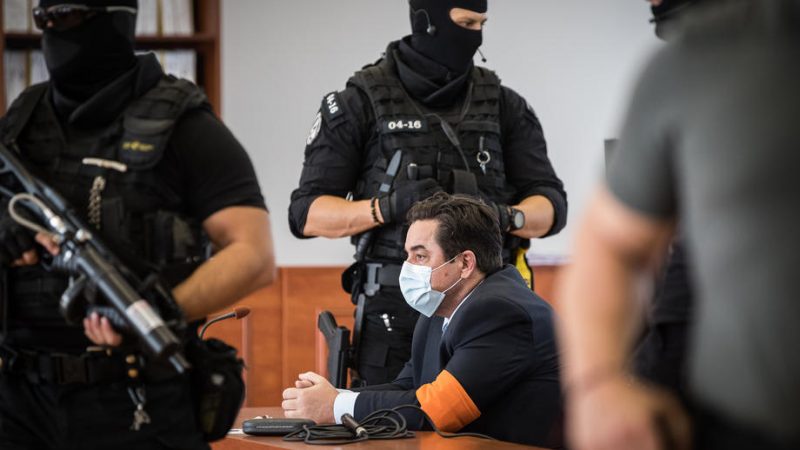 Both Kočner and Rusko were found guilty of forging four promissory notes worth almost €69 million - an unprecedented crime in Slovak history. [EPA-EFE/JAKUB GAVLAK]

Both Kočner and Rusko were found guilty of forging four promissory notes worth almost €69 million – an unprecedented crime in Slovak history. Kočner tried to use these promissory notes in 2016 to obtain money from the current owner of the Markíza television channel – the US company CME. According to Kočner, the notes were issued and signed by Pavol Rusko (then TV Markíza´s executive) in 2000 as part of settling a business conflict over the ownership of the television at that time.

However, these noes were not part of any of the company’s accounting before 2016 and only resurfaced once Kočner made the claim, supported by Rusko´s account of the events. According to the forensic experts who testified in court, the promissory notes were not signed before 2013.

Pavol Rusko is a former executive of the private TV channel Markíza. Later, he briefly entered politics and even served as economy minister between 2002 and 2005.

Kočner, who has been in prison for over one year, was also lately acquitted by the court of first instance in the case of the murder of journalist Ján Kuciak. The appeal in this case will also be decided by the Supreme Court. (Zuzana Gabrižová | EURACTIV.sk)