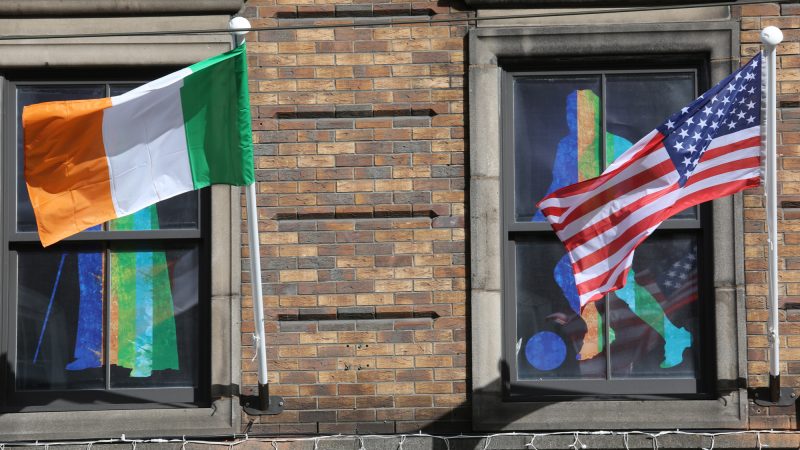 The Irish and US flags side by side in a window in Dublin. [Shutterstock/lonndubh]

Irish Prime Minister Micheal Martin said on Thursday that the US administration under incoming President Joe Biden would like to see a trade deal between the EU and the UK and that Johnson’s government should start working seriously to get one.

Earlier this week Michael held a call with Biden and on Thursday spoke about the US president’s thoughts on Brexit.

“He is very committed to the Good Friday Agreement,” Martin told BBC radio. “Particularly in relation to Brexit, he would favour, obviously, a deal between the European Union and Britain,” he added.

“And I think that’s where, if I could respectfully say it, that’s where the British government should head, in that direction, in my view. It should knuckle down and … get a deal with the European Union.”