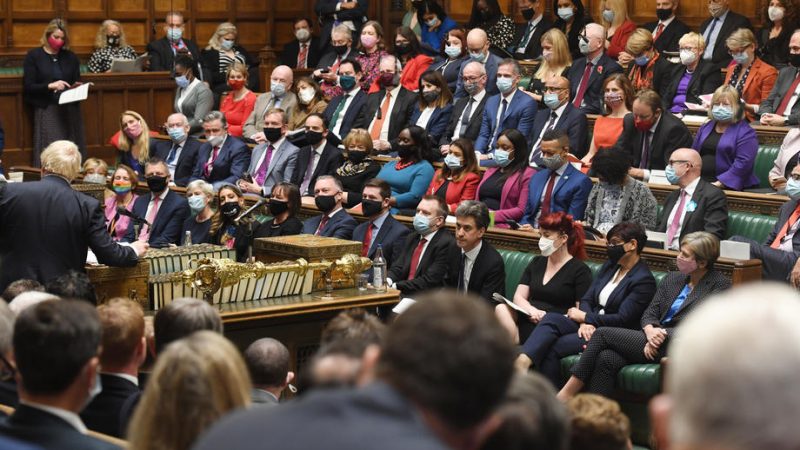 MPs have been told they must wear face masks in Parliament after a recent spike in COVID-19 cases there. [EPA-EFE / UK PARLIAMENT/JESSICA TAYLOR]

MPs have been told they must wear face masks in Parliament after a recent spike in COVID-19 cases there. Last week, face mask-wearing was made compulsory for all other workers in the Parliament buildings.

While wearing a mask at work has been optional since the remaining social restrictions were lifted in July, most opposition lawmakers have continued to wear masks in parliament. However, many Conservative MPs have shunned masks, with parliamentary leader Jacob Rees Mogg saying that since most Conservative MPs were friends, they were observing government guidelines.

Visitors’ tours to parliament have also been temporarily cancelled in a bid to control Covid cases.

On Tuesday, the UK recorded its highest number of deaths, 295, from COVID-19 since February. Meanwhile, Jeremy Farrar, a member of the independent Scientific Advisory Group for Emergencies, announced his resignation on Tuesday, warning that the pandemic was “a long way from over”.