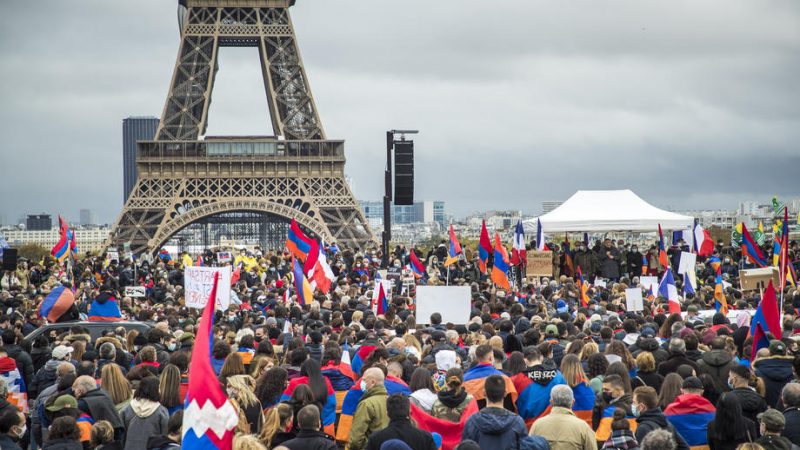 Thousands of people, including several elected officials, marched on Sunday (25 October) in Paris in support of the Armenians of Nagorno-Karabakh, as new fighting between Azerbaijan and Armenia broke out over the weekend and Iranian troops were deployed along the border with the two countries on Sunday, according to the Iranian state agency IRNA.

“The will to massacre Armenians is very clearly affirmed and reinforced by the active participation of Turkey in this war,” deplored the Coordinating Council of Armenian Organisations, which had launched the call to demonstrate.

“French citizens of Armenian origin call on President Emmanuel Macron to recognise the Armenian Republic of Nagorno-Karabakh and appeal for help for Armenians to benefit from international protection. They cannot be alone against Azerbaijan, Turkey and the jihadists,” the council added. (Louise Rozès Moscovenko | EURACTIV.fr)