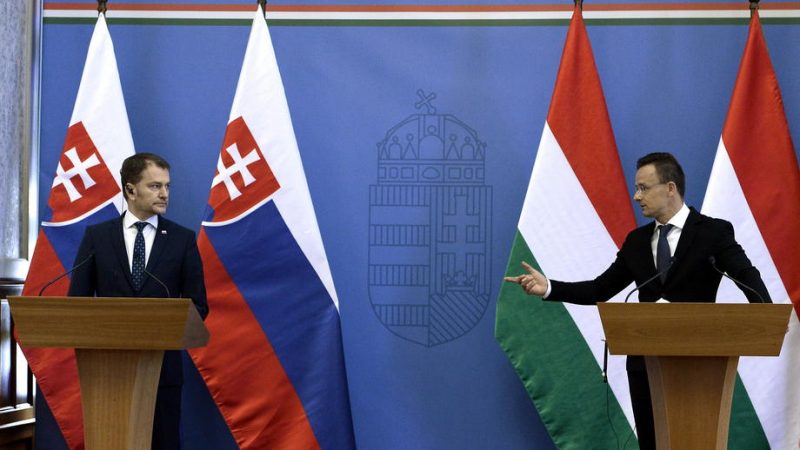 “Representatives of the embassy should always be present,” Heger told political show TV Markiza, adding that information he received from Matovič stated the Slovak embassy in Budapest to be “untrustworthy.” “That needs to be verified,” the new PM added. [EPA-EFE/Lajos Soos]

Slovak Prime Minister Eduard Heger has slammed as “inadequate” a trip by Finance Minister Igor Matovič’s to Hungary to discuss the Sputnik V vaccines Slovakia purchased in March since no Slovak diplomat attended the talks in Budapest.

Matovič’s meeting with Hungarian Prime Minister Viktor Orbán and Foreign Minister Péter Szijjártó was a “pragmatic move”, Heger said, adding that Matovič was the one who arranged the original deal with Russia for 200,000 doses of Sputnik V.

However, “representatives of the embassy should always be present,” Heger told the TV Markiza programme, adding that information he received from Matovič stated the Slovak embassy in Budapest to be “untrustworthy.” “That needs to be verified,” the new PM added.

Several other politicians criticised Matovič’s trip, saying that he went beyond his competencies as finance minister. He was also criticised for failing to take any Slovak diplomat to the negotiations. He was only accompanied by OĽaNO MP György Gyimesi, who happens to have close ties to the Hungarian government.

Matovic’s request for help came after the State Institute for Drug Control (ŠÚKL) announced that doses received from Russia did “not have the same characteristics and properties” as those previously endorsed by the respected medical journal Lancet.

Russia subsequently announced on Thursday that it wants to withdraw from the contract it concluded with Slovakia, calling for the return of hundreds of thousands of Sputnik vaccines and accusing the ŠÚKL of “launching a disinformation campaign against Sputnik V.” (Marián Koreň  | EURACTIV.sk)