Mega cruise shipbuilder with facilities in Germany files for bankruptcy 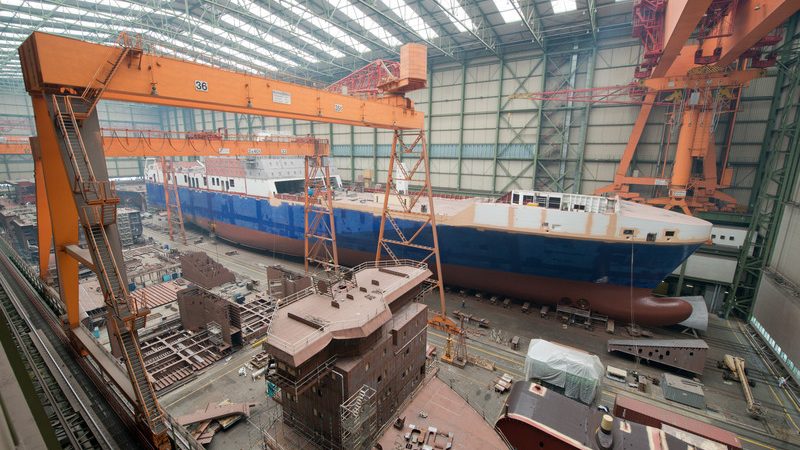 MV Werften, a massive shipbuilding company with facilities in the German state of Mecklenburg-Vorpommern employing around 1,900 workers, filed for bankruptcy. [EPA-EFE / STEFAN SAUER]

MV Werften, a massive shipbuilding company with facilities in the German state of Mecklenburg-Vorpommern employing around 1,900 workers, filed for bankruptcy on Monday.

The wharf is a core part of the shipbuilding industry central to the state and was working on a massive new line of cruise ships known as “global-class” ships. More than 340 metres long, the ships would serve gambling to Asian ports and the US west coast.

“Federal and state governments have tried everything to save the shipyards,” explained Claudia Müller, coordinator for the maritime economy and tourism. Despite intense negotiations with the owner Genting Hongkong, a solution could not be found, she added.

The state of Mecklenburg-Vorpommern and the federal government had offered to provide €600 million from the pandemic economic fund. Still, the pandemic-battered Genting had not been able or willing to co-fund the state money with its funds at a 10% rate.

Commonly, state support requires that 20% of the funds are matched with own money, but the states had desperately sought a compromise in the face of massive job losses.

At MV Werften alone, 1,900 workers stand to lose their jobs after not being paid their December wages. Across the supply chain, a further 1,500 jobs are also now at risk.

These workers now must find work in other industries or be retrained. “It’s very important for us to actually keep the know-how that’s there in place,” said Müller.

To that end, “there are already transfer companies, which were co-financed by Genting and also by the federal and state governments” who have measures in place following coordination with workers’ representatives, Müller told journalists when asked by EURACTIV.