MEP: A far-right faction ‘pulls the strings’ in Greek government 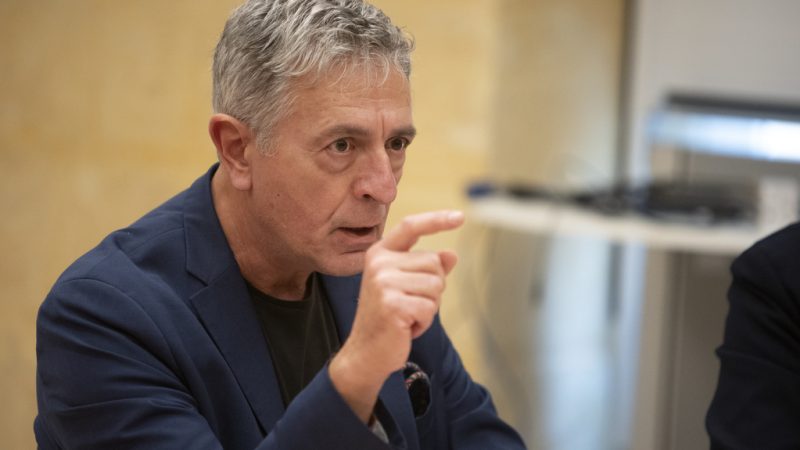 MEP Kouloglou: "Behind the liberal face of Mr. Mitsotakis, is the nationalist extreme right that pulls the strings." [European Parliament]

Greek President Katerina Sakellaropoulou and the foreign affairs ministry are locked in a blame game over the last-minute cancellation of an award to be presented to a humanitarian worker who rescued migrants from the sea, with leftist MEP Stelios Kouloglou saying a far-right faction in government was behind the move.

Iasonas Apostolopoulos, whose humanitarian work has been recognised worldwide, was removed from the award list for which he was initially recommended. The award was to be given out at an event marking the anniversary of the restoration of Greek democracy.

Greek press reports quote sources from both sides which blamed each other over who decided to cancel the humanitarian award.

In a sign of tensions, Greek Foreign Minister Nikos Dendias did not attend the ceremony.

A source close to the issue told EURACTIV that the night before the ceremony,  Sakellaropoulou called Prime Minister Kyriakos Mitsotakis and both decided that it would be better to remove Apostolopoulos from the list.

According to Kouloglou, the Greek president feared the reactions of a far-right faction within the government and withdrew the choice.

“It proves once again that behind the liberal face of Mitsotakis, is the nationalist extreme right that pulls the strings. That is why the government is delaying the ratification of the agreements with North Macedonia, as provided for in the Prespa agreement,” Kouloglou said.

Some centre-right lawmakers from the ruling New Democracy party (EPP) hailed on social media the decision not to award the sea rescuer, who according to them, has been “an aggressive critic of Greece’s policy of defending the borders.”

It is believed that Dendias has leadership ambitions and opposes the extreme right voices within the government.

Another case where Dendias kept his distance from extreme voices was a joint Greece-US statement posted on the website of the Greek Foreign Affairs Ministry in September 2020, which initially referred to a “historic” Prespa Agreement.

However, a couple of hours later, the word “historic” disappeared from the joint statement and no one provided an explanation for this change.

3 responses to “MEP: A far-right faction ‘pulls the strings’ in Greek government”