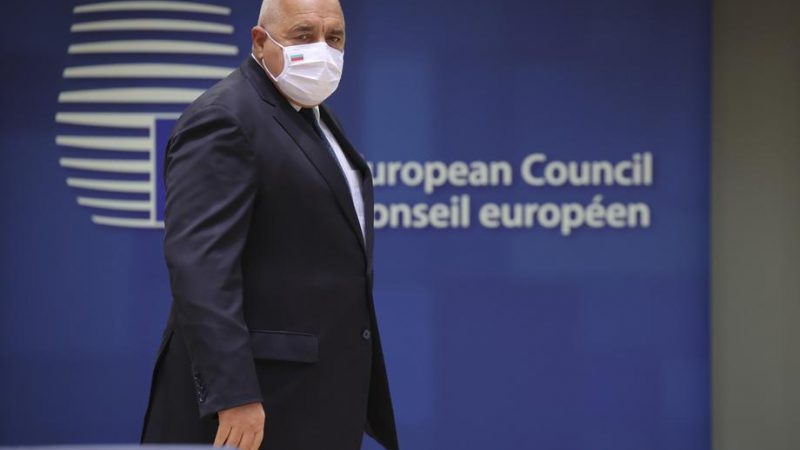 Like on the first hearing in August 2020, Prime Minister Boyko Borissov and chief prosecutor Ivan Geshev did not show up at the meeting and MEPs sent follow-up questions. [EPA-EFE/OLIVIER MATTHYS]

“Have you considered the termination of the golden visas?” was one of the follow-up questions to the exchange of views between MEPs from the Democracy, Rule of Law and Fundamental Rights Monitoring Group (DRFMG) and Bulgarian authorities held at the beginning of January.

Like during the first hearing in August 2020, Prime Minister Boyko Borissov and chief prosecutor Ivan Geshev did not show up at the meeting and MEPs sent follow-up questions.

“From your replies (during the meeting) we can conclude that Bulgaria has no intention to drop the possibility of providing Bulgarian citizenship for investments. The control mechanisms will be tightened but the possibility will remain,” the MEPs wrote.

MEPs also had questions for the prosecutor general regarding possible investigations of money-laundering, influence peddling and abuse of power against Borissov.

“Having in mind your previous statements that the prosecution declassifies and publishes many materials concerning the pre-trial proceedings involving high-level officials, are you going to present the technical expertise and actions performed by the Prosecution on the case of the leaked audio recordings allegedly with the voice of the PM Borissov?” the MEPs asked.

There were also questions regarding who appointed the prosecutor general and whether the Bulgarian government intended to make changes on his vast powers over prosecutors.