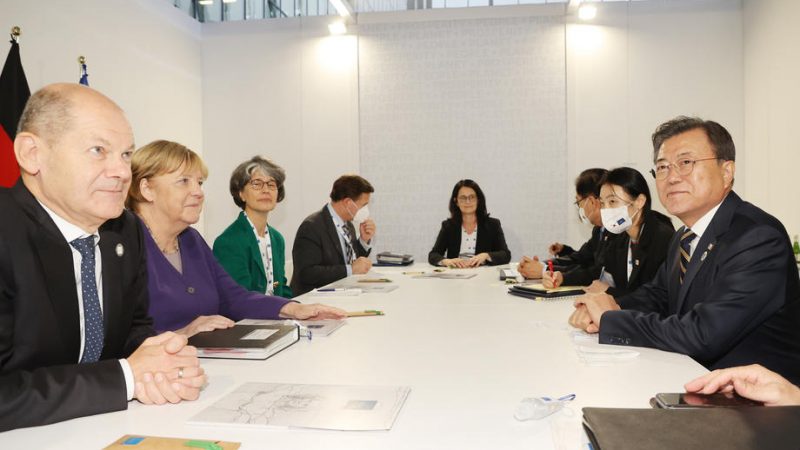 Caretaker Chancellor Angela Merkel used the opportunity of the G20 summit in Rome to begin the slow hand-over process to finance minister, and likely future chancellor Olaf Scholz as a ‘traffic light’ coalition led by him appears increasingly probable.

While members from the Social Democrats, Greens and business-friendly liberal FDP are hashing out their differences in 22 working groups numbering 300 party members, Merkel and Scholz are already working on the transition.

Merkel had Scholz at her side at various bilateral meetings, including one with US President Joe Biden, in a bid to assure German continuity to allies.

“I can now say with a good feeling that it is right that someone else takes over now,” said Merkel in an interview with FAZ.

The G20 summit in Rome was considered an important step in the lead-up to COP26 in Glasgow, which officially kicked off on Sunday.

Despite murky commitments to climate neutrality by 2050, Merkel considered the outcome a success. That the group of the largest world economies had agreed to shoot for the 1.5° degree target was a “very, very good result,” said Merkel in Rome.

“I am firmly convinced that you can see here that the world is moving in the right direction,” explained Scholz at a joint press conference with Merkel.