Merkel calls on Germans to get vaccine in final press conference 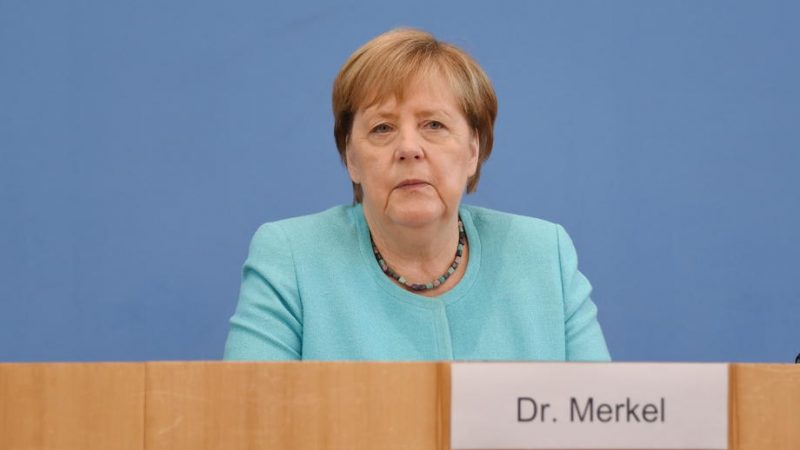 Merkel said she expected cases to double in the next two weeks and that stricter restrictions may have to be reintroduced. [EPA-EFE/MICHAEL TIMM / POOL]

German Chancellor Angela Merkel called for Germany’s citizens to get vaccinated in a bid to halt the spread of the Delta variant on Thursday, in what is likely to be her last press conference as chancellor before she steps down ahead of September’s election.

“Every vaccination is a small step towards a return to normality,” Merkel said at the press conference on Thursday, adding that Germany was seeing infection numbers rising again after a period of relatively low transmission.

The chancellor called on Germans to “protect themselves and others whom they loved,” and called for those already convinced of the merits of vaccination to convince their acquaintances.

The number of COVID-19 infections in Germany has been steadily increasing in the past two weeks.

The Robert Koch Institute registered 1,890 new infections within 24 hours at an incidence rate of 12.2 on Thursday, up from an incidence of 4.9 reported two weeks ago.

Merkel said she expected cases to double in the next two weeks and that stricter restrictions may have to be reintroduced, Deutsche Welle reported. “With a rising incidence rate, it could be that we need to introduce additional measures,” she said.

Germany, like most countries that have made progress in the vaccination campaign, is now working hard to reach those unwilling or unable to vaccinate by offering mobile pop-up vaccination centres for ease of access.