Merkel’s last visit to Greece after years of troubled relations 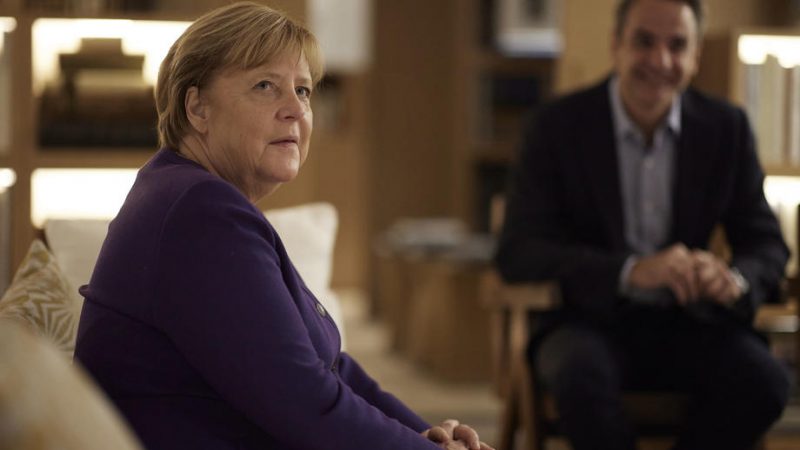 Angela Merkel is paying her last visit to Greece as Germany’s Chancellor after years of tense relations mainly due to a bailout that almost led to a Grexit. [EPA-EFE / DIMITRIS PAPAMITSOS / GREEK PRIM]

Angela Merkel is paying her last visit to Greece as Germany’s Chancellor after years of tense relations mainly due to a bailout that almost led to a Grexit. Speaking to EURACTIV.com on condition of anonymity, a Greek former minister explained what Merkel believes about the Greek politicians who dealt with all these years.

Government sources emphasise the symbolism of Merkel’s visit as a review of Greek-German relations at the end of her chancellorship.

German-Greek relations have been extremely tense at times during the ten-year Greek bailout program, when a Grexit was considered but was ultimately avoided.

Many estimate that Merkel helped avoid a Grexit despite pressure by the then German finance chief Wolfgang Schäuble.

Earlier this year, she stated that she regretted asking too much from the Greeks.

Speaking to EURACTIV.com on condition of anonymity, a former minister under the leftist Syriza government said that Merkel never got along with neither conservative nor leftist leaders of Greece.

Citing a personal chat, the minister said Merkel believed that former PM Alexis Tsipras was “obsessed” with his leftist ideology and often resisted necessary reforms under the bailout. However, she added that Tsipras ultimately got the job done and implemented what was agreed despite his disagreement.

On the other hand, Merkel criticised the governments of conservative New Democracy and socialists (Pasok) of saying “yes to everything” but in practice, no actual reforms were carried out.

In the case of current PM Kyriakos Mitsotakis, the minister said Merkel never forgave him for his opposition to the North Macedonia name-change deal when he was in opposition.

In addition, she did not see in a positive light Mitsotakis’s intense push for Manfred Weber to become the European Commission’s chief as this contradicted her plans in Germany’s domestic politics.

The meeting with the Greek PM today is also expected to provide an overview of bilateral relations and address issues regarding Greek-Turkish relations in light of the ongoing turmoil in the Eastern Mediterranean, the issue of migration, and the situation in Libya.

Merkel’s neutral stance on the Greek-Turkish row pushing for dialogue instead of a clear message against Ankara has often irritated Greeks. Merkel is said to have been behind the push to let NATO – instead of the EU – deal with the two countries’ bilateral matters.

Germany – together with some other countries – has been blocking sanctions against Turkey, as Athens has long requested. Last but not least, Berlin also decided not to invite Greece to a conference on the Libya crisis in January 2020 while Turkey attended the meeting, causing a diplomatic spat.