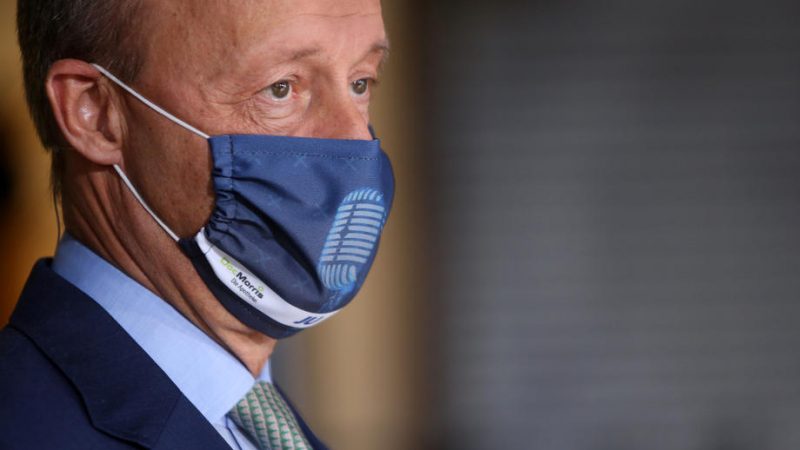 Lawyer Friedrich Merz arrives for a debate in the run-up to the decision as to who will head German Chancellor Angela Merkel's German Christian Democrats (CDU) party, in Berlin, Germany, 17 October 2020. [EPA-EFE/ADAM BERRY]

The CDU’s former parliamentary leader Friedrich Merz is doing well among young conservative voters in the race for party leadership and is far ahead of his two competitors, North Rhine-Westphalian leader Armin Laschet and MP Norbert Röttgen, according to a poll conducted among members of the party’s youth wing, also known as Junge Union (JU).

The poll’s results are not binding but instead are considered to be a recommendation to the group’s 100 delegates that will attend the party conference in January.

The results are welcome news for Merz, after speculation that the delayed party conference could hurt his chances of victory.

“I am particularly pleased about the strong support of the young generation!” he tweeted after the results were published.

For his part, Röttgen also celebrated what he called “a strong result,” adding that “the race is open!”

The distant third-place finish could become problematic for Laschet, particular as he has been considered to hold a competitive second place.