Metsola: Up to EU to convince states opposed to treaty change 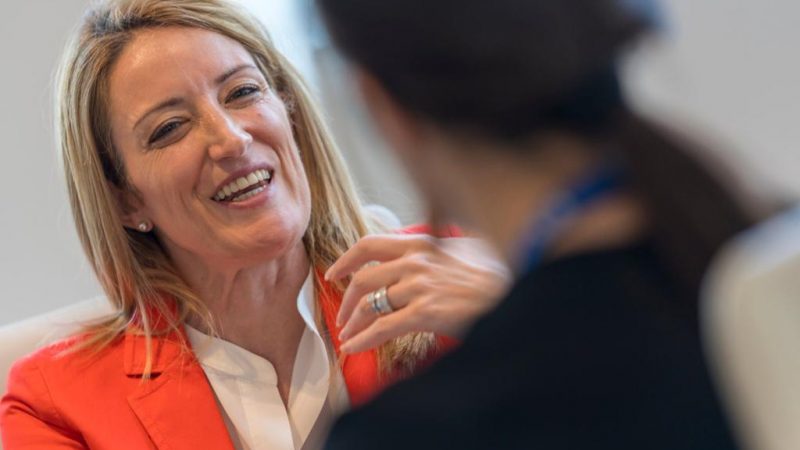 “Now it will be up to us to convince those member states that there are some areas, [such as] health, environment, perhaps defence” that reform is much needed. [European Parliament]

It is up to the EU to change the minds of the 10 member states, including Malta that signed a letter opposing EU treaty change, European Parliament President Roberta Metsola told EURACTIV in an interview.

Bulgaria, the Czech Republic, Denmark, Estonia, Finland, Latvia, Lithuania, Malta, Slovenia and Sweden oppose “unconsidered and premature attempts to launch a process towards treaty change,” according to the letter seen by journalists on 9 May.

“Well, you would have to ask the Maltese government why they took the decision,” she said, noting that it is up to the EU to convince those opposed otherwise.

“Now it will be up to us to convince those member states that there are some areas, [such as] health, environment, perhaps defence” that reform is much needed.

While acknowledging that some countries are indeed against treaty change, she noted that some are very convinced by the need to do it and will push for it to happen.

“My position that nothing should be left off the table is a genuine one, and it represents a huge majority in the [European] Parliament that [does not] want to lose this opportunity,” Metsola added.

On the day the letter was revealed, Metsola participated in the final ceremony of the Conference on the Future of Europe (CoFoE), the EU’s first deliberative democracy experiment.

In her speech in Strasbourg, she addressed citizens who participated in the conference, welcoming their proposals to reform the EU.

“We are once again at a defining moment of European integration, and no suggestion for change should be off-limits. Whatever process is required in order for us to get there should be embraced,” she added.