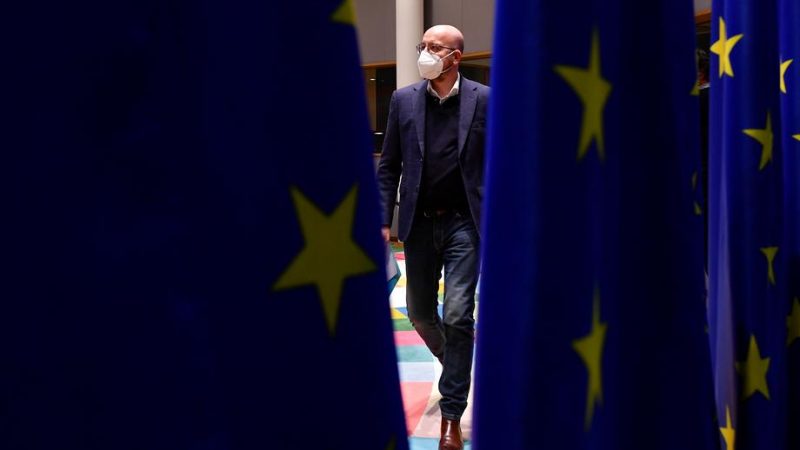 Foreign Secretary Dominic Raab has described the claims as “completely false” in a letter to Michel. [EPA-EFE/JOHN THYS]

The UK government has reacted angrily after European Council President Charles Michel, accused it of imposing an “outright ban” on exports of vaccines made in the UK.

Foreign Secretary Dominic Raab has described the claims as “completely false” in a letter to Michel.

In a weekly newsletter, Michel claimed that the UK and United States had “imposed an outright ban on the export of vaccines or vaccine components produced on their territory.”

UK officials believe that Michel’s remarks, which came after he made a three day trip to East Africa promoting the EU’s vaccine diplomacy, are an attempt to deflect attention from criticisms of the bloc’s slow rollout of vaccinations and last week’s decision to prevent a shipment of 250,000 AstraZeneca vaccines to Australia. (Benjamin Fox | EURACTIV.com)