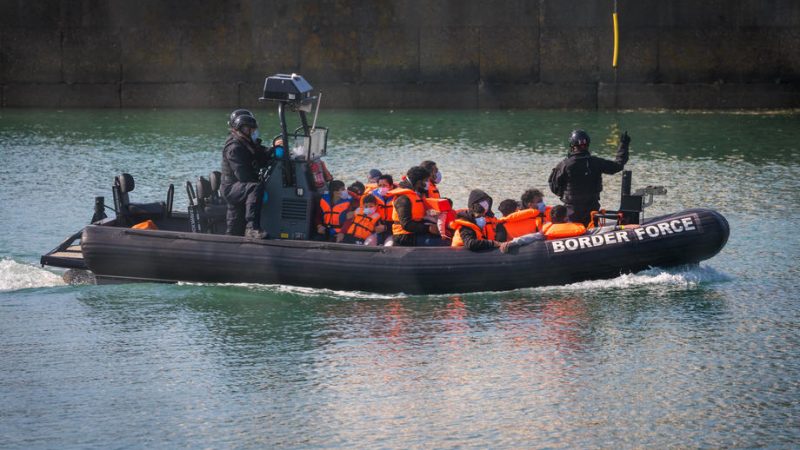 More than 1,000 migrants in over forty small boats made the Channel crossing from France to the UK. [EPA-EFE / VICKIE FLORES]

The UK Home Office said that more than 1,000 migrants in over forty small boats made the Channel crossing from France to the UK in the last two days.

The UK and France are currently embroiled in a dispute over responsibilities in policing the Channel. Home Secretary Priti Patel threatened to withhold funding promised in a £54 million agreement with France unless more people were prevented from reaching the UK.

Following a visit to Dunkirk on Saturday, French interior minister, Gérald Darmanin, said that “not one euro has been paid” by the UK to France under the deal.

The number of people attempting the perilous sea journey, typically in small boats and dinghies, has more than doubled this year to 18,000 compared with around 8,500 last year.

In the meantime, the UK government attempts to tighten immigration legislation with criminal sanctions for people using illegal routes to enter the country.