Migrants have no place in Republika Srpska, says Dodik 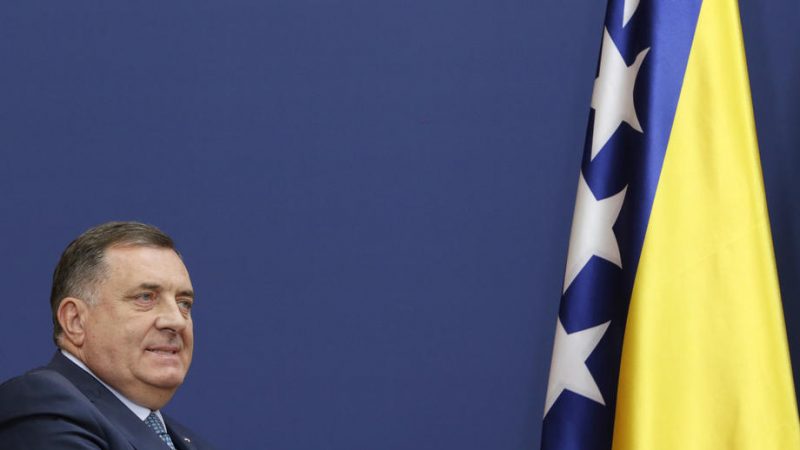 "I said that RS has the right to its position on the migrant crisis and that it will not change it. That is, there will be no migrant centres in its territory," said Dodik, noting that Borrell had made such a request. [EPA-EFE/ANDREJ CUKIC]

BiH Presidency Chairman Milorad Dodik has dismissed the possibility of providing accommodation for migrants in the territory of the Bosnian Serb entity (Republika Srpska) to facilitate efforts to alleviate the humanitarian crisis related to illegal migrants in the country.

“I said that RS has the right to its position on the migrant crisis and that it will not change it. That is, there will be no migrant centres in its territory,” said Dodik, noting that EU diplomacy chief Josep Borrell had made such a request.

Dodik waited for another day to comment on his phone conversation with Borrell. Dodik said he had rejected financial aid for the accommodation of migrants in the RS.

“The EU encouraged millions of people to come to it, and then it put fences on its borders, which shows its attitude to migrants who are exclusively an EU problem, not ours,” he added. Dodik is formally in favour of BiH entering the EU, but is more concerned about good relations with Russian President Vladimir Putin and Russia as a whole.

The EU has provided financial support of more than €88 million for BiH and – among other assistance – it has fully equipped the Bira Reception Centre, which is left unused, the European External Action Service said in a press release. (Željko Trkanjec | EURACTIV.hr)