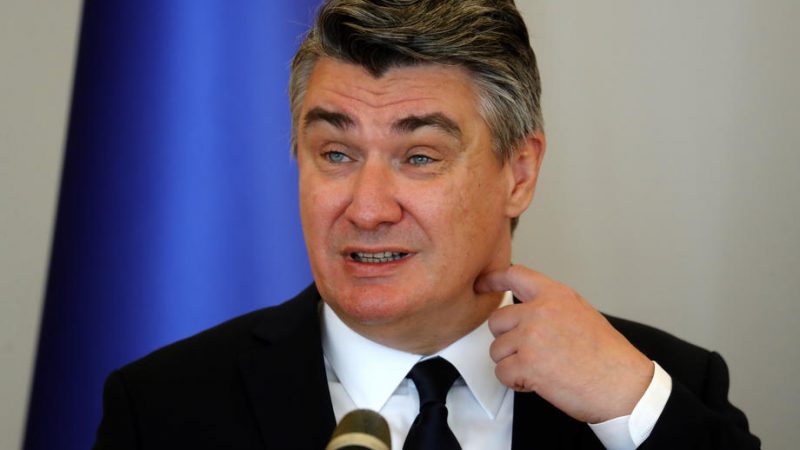 The president said that stalling the decision sent a message to other potential partners and investors that no important decision could be made without the personal engagement of Prime Minister Plenković. [EPA-EFE/ANTONIO BAT]

“The recent presentation of the National Recovery and Resilience Plan was insufficiently transparent and that is problematic,” Croatian President Zoran Milanović said on Saturday, adding that the public lacks precise information about how the EU funds will be spent.

“That is a problem because it erodes the little trust that exists between citizens and the EU and that link – having information about what the money will be spent on – is very important. For the sake of transparency, so that one knows whether it goes to public firms, those with political ties to the ruling party,” Milanović told reporters.

Milanović said he had no information whatsoever on the content of the National Recovery and Resilience Plan and that if he were prime minister, he would make sure everything was as transparent as possible.

Finance Minister Zdravko Marić meanwhile said the plan, which was the topic of a cabinet meeting on Saturday, was a once-in-a-generation opportunity for Croatia.

“We are going to finalise and hammer out this document at the government’s session on Thursday and we will very likely adopt the final draft of the plan which we will forward to to the European Commission for fine-tuning and evaluating,” Marić told the press after the meeting.

Marić dismissed criticism about a lack of transparency when it comes to the document. He said Croatia was one of the few EU countries to have this document put to public consultation and where social partners were provided with an insight into the draft document and a plenary session of the parliament discussed the matter.