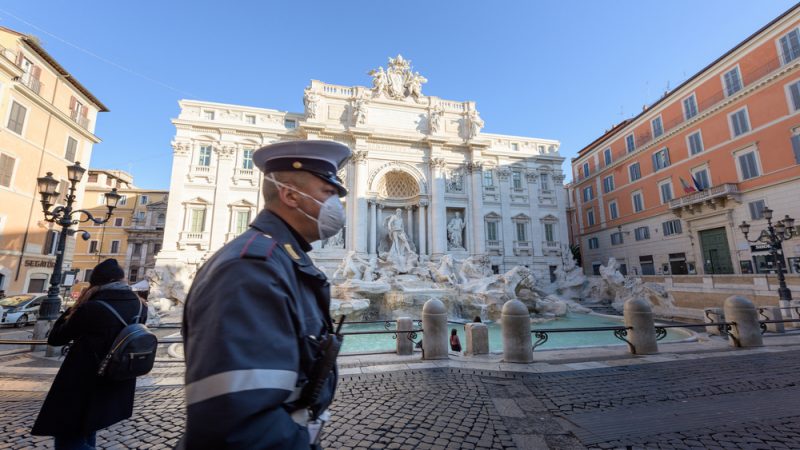 With the new decree, bars, restaurants and any other shops serving food will have to close at 6pm but can still provide home delivery and takeaways until midnight, provided the food is not eaten near the shop. [Shutterstock/ Em Campos]

Italian Prime Minister Giuseppe Conte detailed on Sunday (25 October) the new measures to be enforced from Monday (26 October) to 24 November.

“The analysis of the current situation shows a worrying increase of positive cases, which brings difficulties to our health system”, said Conte, adding that “we need to do our best to protect our health and economy, hence the new measures will last until 24 November”.

With the new decree, bars, restaurants and any other shops serving food will have to close at 6pm but can still provide home delivery and takeaways until midnight, provided the food is not eaten near the shop. The draft decree initially included the mandatory closure of food-serving shops on Sundays, but the measure was subsequently scrapped after it prompted criticism from regional administrations.

Theatres, cinemas, casinos, games and betting rooms, gyms and swimming pools will all be closed. Parties and weddings will also be suspended. Schools, meanwhile, will remain open for elementary and middle school students, while high schools will use a mixed system, with the possibility to use distance learning.

Travelling “with public or private means of transportation, except for work, health or necessity reasons” is not recommended, according to the decree. Both a ban on travelling between regions and the recommendation not to leave one’s city of residence were not included in the final decree.

“As the new measures come into force, so will state aid to the categories which will suffer the most from the restrictions”, assured Deputy Economy Minister Laura Castelli. “We will do even more than what was done in March,” she added. (Alessandro Follis | EURACTIV.it)