Minister: Those who bombed Serbia cannot ask it to join Russia sanctions 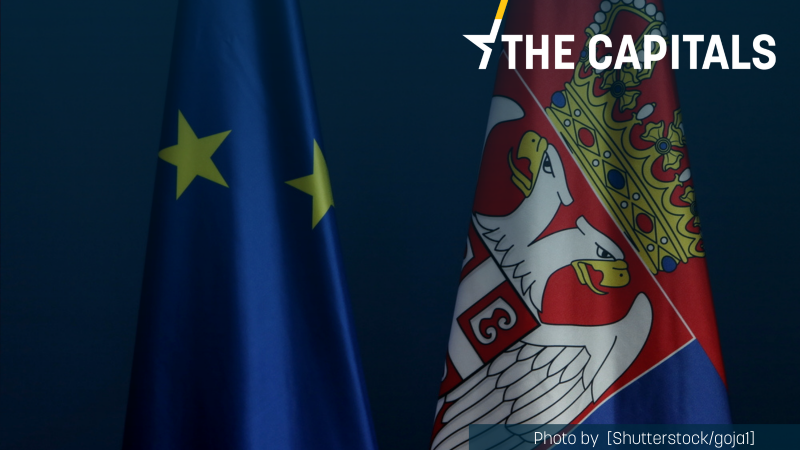 Although it’s an EU-candidate country and is supposed to align with EU foreign policy, Serbia has not joined the EU in imposing sanctions against Russia, drawing criticism in in Brussles and across the bloc. [Shutterstock/goja1]

The countries that bombed Serbia do not have the “moral right” to ask Belgrade to follow their line and impose sanctions against Moscow, Serbian Minister of Internal Affairs Aleksandar Vulin told EURACTIV Greece in an exclusive interview.

“The countries that bombed us, I would not say that they have the moral right to ask us to join their own policy,” Vulin said.

Although it’s an EU-candidate country and is supposed to align with EU foreign policy, Serbia has not joined the EU in imposing sanctions against Russia, drawing criticism in in Brussles and across the bloc.

“We must not forget that Europe has not solved the problem of Cyprus and believes that it can solve other problems. For us, respect for international law should start with Serbia. And the principle of respect for borders and territorial integrity must be respected,” he said.

Asked to comment on the EU stance toward Turkey, which is also a candidate country but does not impose sanctions against Moscow either, he replied: “Turkey is a member of NATO and is the second or third military force. For us, the same rules simply do not apply.”

Vulin also hinted that the West’s ‘Russia should be defeated’ policy in the case of Ukraine would not establish peace.

“I think that in the current policy, it is more important for Russia to be defeated than to achieve peace in Ukraine. And in this way, we cannot bring peace”.

Serbia was granted EU candidate status in March 2012 and has made progress compared to other Western Balkan countries, although the Kosovo issue remains a key challenge.

Asked about Serbia’s EU aspirations and the proposed ‘fast-track’ process for Ukraine, he said Belgrade does not expect a “fair play” and if justice prevailed in international relations “Serbia would be much bigger”.

“Serbia needs to work on strengthening Serbia itself to be strong in meeting the challenges. Everything else is less important.”

Referring to relations with Greece, he said Serbia applies the policy of neutrality so that it can choose its friends and “not the enemies who appear uninvited without our consent”.

“If becoming an EU member has anything to do with what we call my enemy’s enemy is my friend, this game really Serbia does not want to play,” he added.

Vulin, who participated in the regional conference “South East European Cooperation Process (SEECP)” in Athens, also criticised the EU for its stance toward migration, saying with the situation in Ukraine, Europe completely forgot about the refugee crisis.

“I am afraid that Europe does not yet have a united position […] Politicians have failed to create a united Europe, but criminals have succeeded in creating such a union,” he added, wondering what will happen with the thousands of Ukrainian refugees in Serbia, North Macedonia or Greece.

“As with the onset of the pandemic, hepatitis or cancer did not go away. So, in the case of Ukraine, the refugee crisis did not disappear. What I asked for is a united stance, to tell us if the refugees will be accepted in Europe or not?” he concluded.