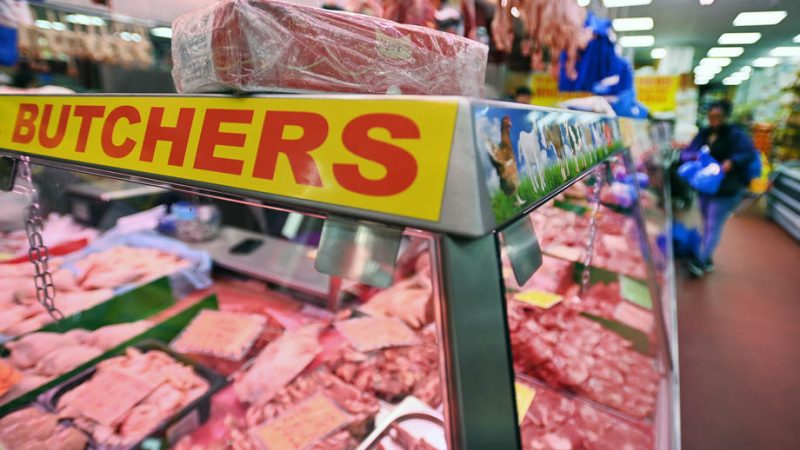 Butchers in abattoirs and meat processing plants dealing with pigs will be able to work in Britain for six months. [EPA-EFE / ANDY RAIN]

The UK government has announced plans to allow foreign butchers to enter the UK on six-month temporary visas in its latest attempt to address supply shortages.

Butchers in abattoirs and meat processing plants dealing with pigs will be able to work in Britain for six months, the environment secretary, George Eustice, announced on Thursday. He said the country needed 800 butchers to meet staffing shortages.

Staff shortages have already seen farmers destroy 6,600 healthy pigs due to a backlog on farms, the National Pig Association (NPA) has said.

The UK ended freedom of movement after leaving the EU, instead opting for a points-based immigration system. However, many sectors, particularly those in the UK food and drink production industry, are struggling with labour shortages, resulting in supply chain problems and empty shelves in shops.