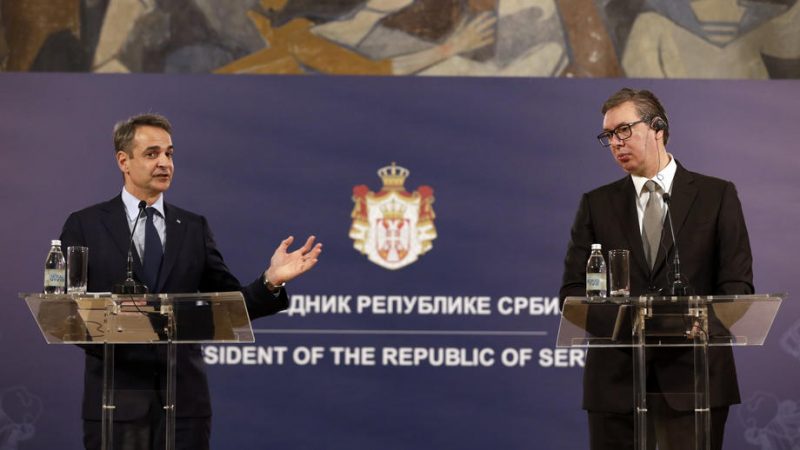 Serbia and Greece shared a common vision of the European future of the Western Balkans, Greek Prime Minister Kyriakos Mitsotakis said in Belgrade, stressing that Athens wanted to see Serbia as part of the EU.

After talks with Serbian President Aleksandar Vučić on Wednesday evening, Mitsotakis said he hoped that Serbia would soon fulfil all the conditions and become a member of the EU, noting that this would be very important for stability, peace and cooperation in the region.

“The Western Balkans and its accession to the EU are a top priority for Greece from the Thessaloniki agenda in 2003,”, the Greek PM said.

Mitsotakis stated that Greece understands how serious reforms on the road to the EU are.

Regional cooperation leads to development, said Mitsotakis, adding that, for this reason, the EU was looking forward to the accession of all countries of the Western Balkans.

The Greek people are “a great and sincere friend” of Serbia, said Vučić, announcing that Greek President Katerina Sakelaropulo would soon visit Belgrade.