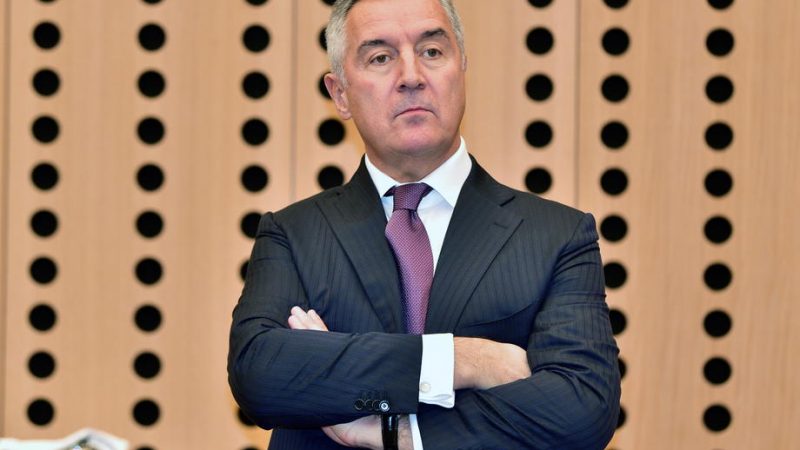 Concerns about the bank and money laundering have been raised since 2016 when the European Parliament asked Montenegro to investigate and prosecute high-level corruption, including at the bank. [EPA-EFE / IGOR KUPLJENIK]

Milo Djukanovic, the president of Montenegro, has denied dealing with Rezart Taci, an Albanian businessman wanted on suspicion of involvement in an international money laundering scheme. Wiretaps published in Albanian media suggested Taci had involved Djukanovic in the transfer of money to Prva Bank.

Prva Bank is owned by Aco Djukanovic, the brother of the president. Earlier this week, an Albanian organised crime court accused Taci and his accomplices of using foreign banks to launder some €20 million to avoid being seized in Italy. The prosecution said those involved in helping launder the money received kickbacks.

Djukanovic denied the claims during a press conference in Cetinje.

“It is a completely fabricated affair. I don’t know who the people are, nor have I had contact with them in any way … this is a complete forgery, but these forgeries have become a kind of practice in political life in Montenegro,” he said.

Prva Bank also denied the claims and said the media wants to damage the bank and its shareholders.

Concerns about the bank and money laundering have been raised since 2016 when the European Parliament asked Montenegro to investigate and prosecute high-level corruption, including at the bank.

The Montenegrin prosecution confirmed they had opened an investigation into the case.

Meanwhile, Djukanovic, who is also the opposition leader, has said he supports “every initiative” to remove the current government.

The party Djukanovic leads, the DPS, a successor of the former Communist party, was the strongest in the 2020 elections but could not form a coalition. He said an initiative to remove the government would be announced in the coming days.