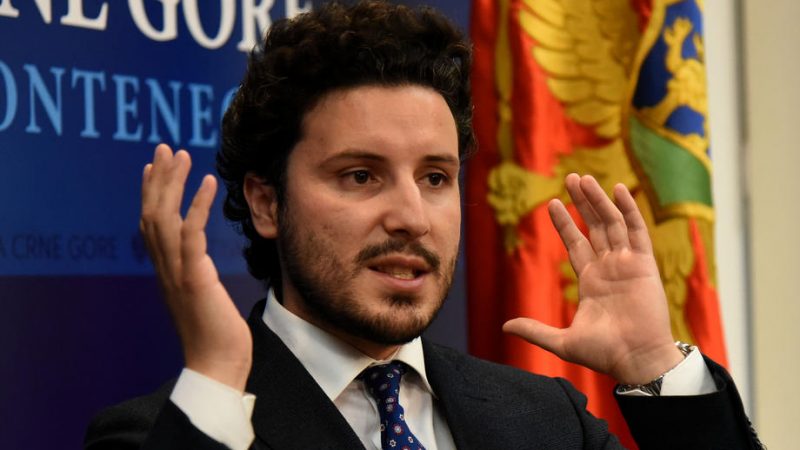 “I’m not happy with the statements that Serbian officials give about Montenegro, this does not contribute to the reduction of tensions,” Abazovic said. [EPA-EFE/BORIS PEJOVIC]

Deputy Prime Minister of Montenegro Dritan Abazović said that he “is not satisfied” by the way Serbia treated his country and said that it is time to reevaluate the relationship between Podgorica and Belgrade.

“I’m not happy with the statements that Serbian officials give about Montenegro, this does not contribute to the reduction of tensions,” Abazovic said. Montenegro should certainly find a way to protect its national interests, such as, by strengthening their institutions, Abazović stated.

He criticised the current President of Montenegro Milo Đukanović because he allowed the spread of corruption and established a “private state”. “The current government of Montenegro wants equally good relations with all neighbouring states,” he said.

“We have reduced the interest rate on debt to China’s Exim Bank from 2% in dollars to 0.88% in euros,” the newspaper Pobjeda quoted the Finance Minister. “The creditor is still the Chinese Exim Bank, two American banks and one French bank participated in the deal,” Spajić said. He did not identify the banks involved. The deal would help Montenegro save about €8 million annually, the report said.

China’s friendly relations with Montenegro are based on mutual respect and equality, and bilateral and trade relations are conducted on a voluntary and mutually beneficial basis. China is happy to see Montenegro develop relations and strengthen cooperation with other countries, so long as those countries refrain from speaking irresponsibly about China-Montenegro relations”, posted the China Embassy on Twitter.  (Željko Trkanjec | EURACTIV.hr)