Morawiecki: Belarus and Russia could take advantage of Afghanistan

By Alexandra Brzozowski and Piotr Kaczyński | EURACTIV.com and EURACTIV.pl 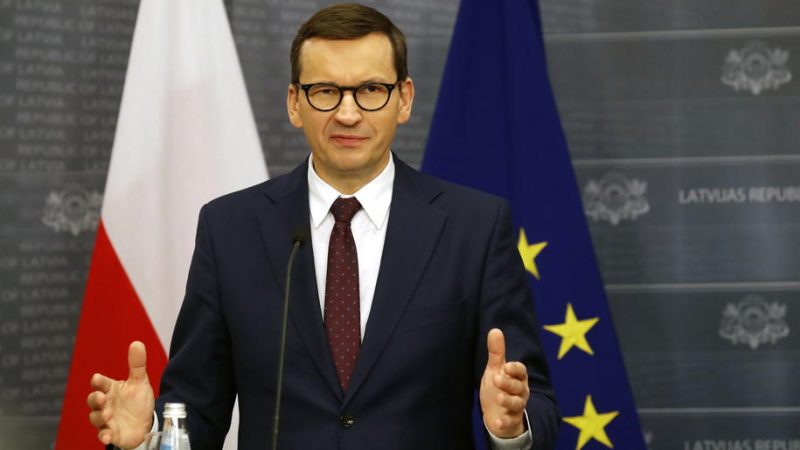 In a new wave of diplomatic moves, Morawiecki met with his counterparts from Lithuania, Latvia and Estonia on Sunday. [EPA-EFE / TOMS KALNINS]

There is a possibility that migrants from Afghanistan could benefit from the next wave of the migrant crisis, Polish Prime Minister Mateusz Morawiecki said on Sunday, speaking alongside Lithuanian Prime Minister Ingride Šimonyte.

In a new wave of diplomatic moves, Morawiecki met with his counterparts from Lithuania, Latvia and Estonia on Sunday.

He is seeking to be proactive following German initiatives led by Angela Merkel who negotiated with Lukashenko, the Commission’s initiatives to block flights to Minsk, and French President Emmanuel Macron’s talk with Putin. He expressed readiness to pay to fly migrants from Belarus to their countries of origin.

“A more difficult scenario is threatening – we know about Belarusian and Russian diplomatic contacts with Uzbekistan and Afghanistan, and most likely, there will be an attempt to use the crisis in Afghanistan as another instalment of the migration crisis”, Morawiecki said.

“And the migration crisis is only part of the great political crisis that Lukashenko will continue with his real principal Putin”, he added.

Morawiecki said it is not in question that Russian authorities support Belarus’ actions aimed at violating the eastern borders of the EU and NATO, adding that the regime in Minsk fully controls all migrant movements in Belarus.

In an interview with the BBC, Lukashenko did not deny that his forces were helping migrants reach the Polish border.

In addition to the migrant crisis, Morawiecki highlighted Russia’s military presence near Ukraine and pressure on Moldova to provoke an energy crisis there. According to him, high gas prices have been caused by Russia, and possible price manipulations in the gas market need to be investigated.

Lithuania’s Prime Minister Ingride Šimonyte expressed her solidarity with Warsaw, stressing that the biggest burden of the hybrid attack is falling on Poland.

“Any discussions with Belarus shall be coordinated with frontline countries – Latvia, Lithuania and Poland to prevent from partial solutions that won’t lead to substantial improvement of the situation,” Šimonyte said, referring to the European Commission and EEAS talks that have started with technical discussions with representatives of Minsk.

Simonite added that Warsaw and Vilnius would “keep cooperating as closely as we have been doing so far and to further exchange information and to coordinate joint actions”.

She also thanked Morawiecki “for sending officers that help Lithuanian border guards and for other support too”.

“Security of Estonia begins on the borders of Poland, Lithuania and Latvia”, said Kaja Kallas, the Estonian premier, after meeting Morawiecki.

In Riga, Morawiecki met with premier Krisjanis Karins. The two leaders support strengthening the economic sanctions against Belarus at the next European Council.

“Only when France, Germany begin to defend the Polish border diplomatically Morawiecki wakes up, begins a diplomatic offensive, but I ask, where has he been for the past four months?”, said a senior MP Marcin Kierwiński of the Civic Platform (PO, EPP).