Morawiecki: Poland will reform judiciary on own timescale 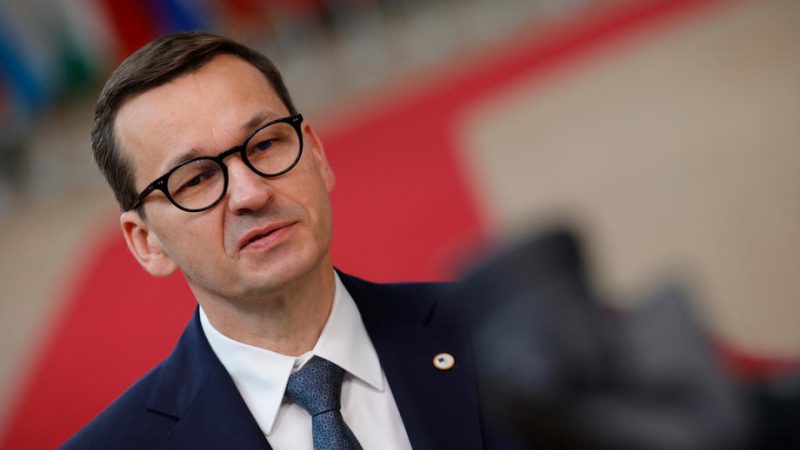 “We hold the court in high regard but we have been implementing our programmes, including a judicial system reform, in line with our priorities,” Morawiecki told reporters on Tuesday, adding that the Polish constitution had supremacy over the European court. [EPA-EFE/OLIVIER MATTHYS]

Polish Prime Minister Mateusz Morawiecki has said Poland will take into account the judgements of the European Court of Human Rights (ECHR) in the case of two dismissed judges, but will implement the reform of the judiciary in line with its own priorities and schedule.

“We hold the court in high regard but we have been implementing our programmes, including a judicial system reform, in line with our priorities,” Morawiecki told reporters on Tuesday, adding that the Polish constitution had supremacy over the European court.

The comments came after Polish Justice Minister Zbigniew Ziobro infringed on the rights of two court officials, Mariusz Broda and Alina Bojara, when he dismissed them without letting them appeal, the ECHR ruled on Tuesday, dealing a blow to the government’s judicial reforms.

“As the premature termination of the applicants’ term of office as court vice-presidents had not been examined either by an ordinary court or by another body exercising judicial duties, the respondent State had infringed the very essence of the applicants’ right of access to a court,” the ECHR said.

It ruled that Poland should pay each applicant €20,000 in damages. Both sides have three months to appeal.

The justice ministry said in a statement the ruling was politically motivated and did not involve human rights, while the applicants were not deprived of their judicial functions.

“The court absurdly considered that holding the administrative function of vice-president of a court […] is a human right protected under the Convention,” it said. “The justice ministry regrets that the court took a politically motivated decision against Poland.”

Poland’s ruling Law and Justice (PiS) party has introduced a series of judiciary reforms that critics, including the EU‘S executive, say may harm the independence of the courts.