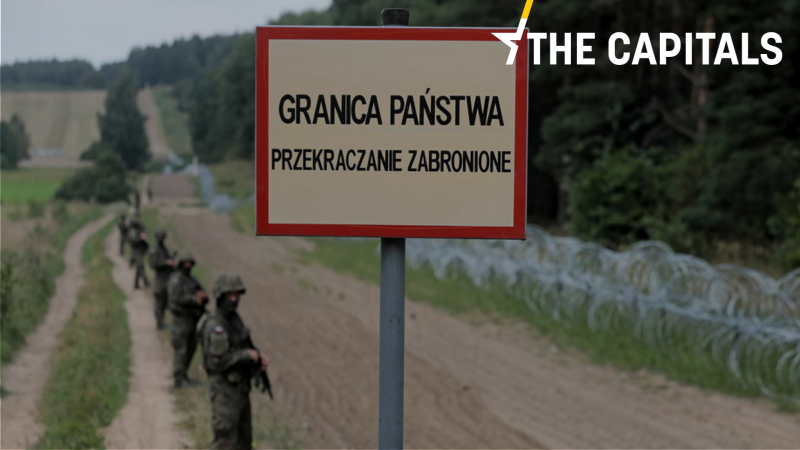 Three people died at the Polish-Belarusian border on Saturday, while a fourth died on Sunday, Polish border guards confirmed. They had all frozen to death, they added.

The Ocalenie Foundation has first-hand knowledge of the situation at the border as it had been on the frontline in August, assisting the migrants crossing from Belarus into Poland in Usnarz Górny. The NGO reported on Tuesday evening that it remains in telephone contact with migrants, who have now been stuck at the border for 42 days.

Barbed wire currently prevents migrants from returning to Belarus, run by President Alexander Lukashenko. Another line of barbed wire separates migrants from Poland, preventing them from entering the EU.

Poland introduced a state of emergency at the border region, meaning the media and NGOs rely heavily on general information provided by public authorities.

The Polish authorities perceive the situation as a security threat rather than a humanitarian crisis.

In a written statement, the spokesman of the Minister-Coordinator for Secret Services, Stanisław Żaryn, wrote:

“We are dealing with an attempt to use an artificial migration route to destabilise first the Belarusian-Lithuanian, Belarusian-Latvian and now mainly Belarusian-Polish border”.

“Our findings show that there are at least ten thousand migrants brought in by Lukashenko in Belarus. Belarus is looking for new directions from which migrants can be transported to the EU”, Żaryn continued. He predicted that the crisis may continue for months to come.

“Poland is obliged to secure the Polish-Belarusian border, which is also the external border of the European Union and NATO. The Polish government makes decisions aimed at neutralizing the actions of Belarus and Russia against the European Union,” he said.

On 17 September, the lower chamber of the Polish parliament adopted a law authorising pushbacks, meaning it still needs to be adopted by the Senate and signed by the president.

Frontex is not participating in monitoring the situation at the Eastern border between the EU and Belarus but is engaged in Lithuania and Latvia. EURACTIV sources confirmed that so far the Polish government did not request Frontex assistance.