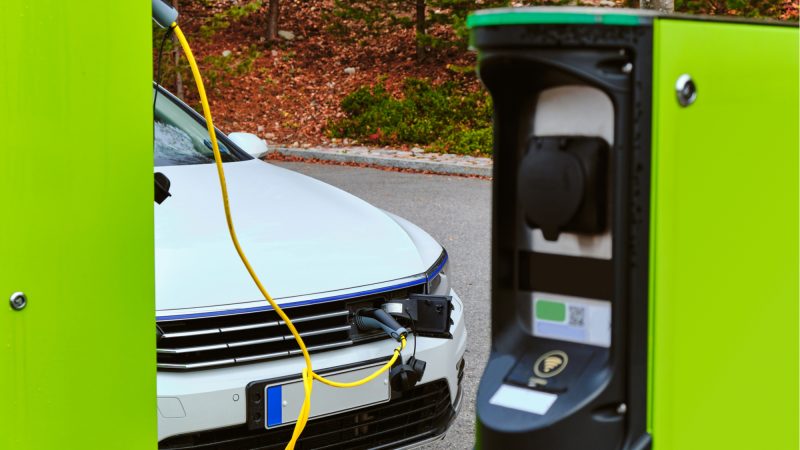 Electric car charged on the car parking in National Park in Finland. [Shutterstock/Karavanov_Lev]

Road traffic emissions in Finland should be halved compared to 2005 levels for which the number of electric cars is to be significantly increased, according to a report published on Tuesday by a working group commissioned by the country’s transport and communications ministry.

Transport currently accounts for 20% of Finland’s greenhouse gas emissions, of which 94% come from road traffic, compared to the small percentage attributed to domestic flights.

According to the report, a drastic cut in traffic emissions would require about 700,000 electric cars on Finnish roads by the early 2030s, a far cry from the previous target of 250,000.

However, the measures to meet carbon neutrality targets and increase road traffic electrification divide politicians, including within the government as the Greens and the Centre Party have opposing views on the matter.

The discussion is swirling around subsidies, tax incentives and digital solutions, which is likely to result in a political wrestling match lasting for years. (Pekka Vänttinen | EURACTIV.com)