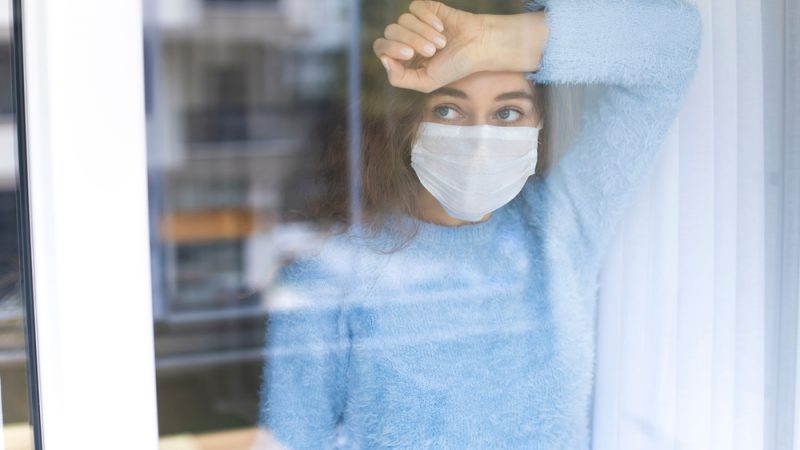 Those surveyed mostly mentioned fears of infecting others, worries about their future, as well as the loss or restriction of their freedoms. [Shutterstock/Ahmet Misirligul]

Slovenian residents have been struggling with mental health during the second coronavirus wave, compared to the first one or before the pandemic, according to a study published by the National Institute of Public Health (NIJZ).

Those surveyed mostly mentioned fears of infecting others, worries about their future, as well as the loss or restriction of their freedoms.

Following the identification of the UK and South African variants in Slovenia, the Nigerian strain of the coronavirus has also been confirmed in the country, private broadcaster POP TV reported on Tuesday evening.

So far, seven cases of the latest variant have been detected.

The government adopted a revised vaccination strategy at a correspondence session on Monday, envisaging 61 vaccination centres, including 13 in hospitals, Health Minister Janez Poklukar told the press on Tuesday.

No changes have been made to the priority groups, but the minister presented the order of vaccination in more detail.

Data from the European Centre for Disease Prevention and Control (ECDC) suggests that Slovenia has so far used 76.1% of the COVID-19 vaccine shots it has received, while almost a quarter of them remain undistributed. The average for EU member states is around 70%. Slovenia’s NIJZ said the actual figures were higher. (Željko Trkanjec | EURACTIV.hr)