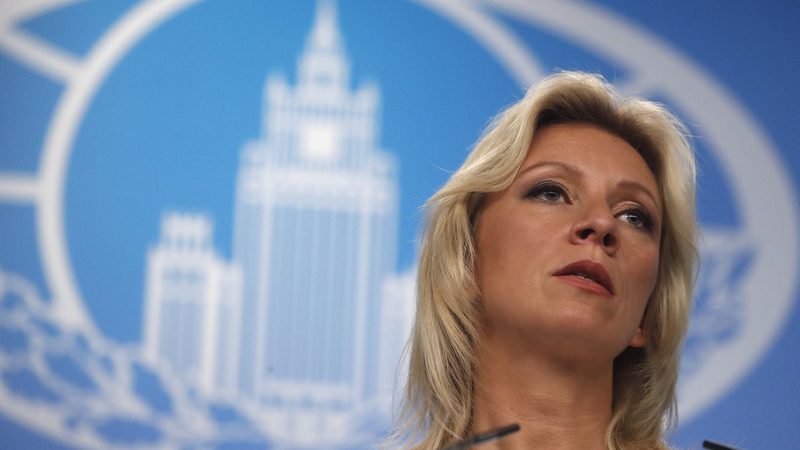 Zakharova stated that “by odd circumstance, all those who had attacked Serbia are now joining NATO.” [EPA-EFE / MAXIM SHIPENKOV]

Pre-Christmas statements from the Kremlin have challenged the dogmas of Finland’s foreign and security policy and have electrified the debate on possible NATO membership.

In December, Russia gave an ultimatum that NATO should commit itself not to expand eastwards. Later, Kremlin spokesperson, Maria Zakharova, reiterated the ultimatum by saying that the NATO membership of Finland and Sweden would have “grave political and military consequences”.

In his traditional New Year’s address, President Sauli Niinistö made it clear that Finland’s room for manoeuvre and freedom of choice remains intact, According to him, those “include the possibility of military alignment and of applying for NATO membership, should we ourselves so decide” and that there is no room for “spheres of interest” in this day and age.

The president also showed his frustration and disappointment over the modest role of Europe and the EU in the current situation he considers serious. He pointed out that when the sovereignty of member states, including Finland and Sweden, has been challenged, it makes the EU an involved party.

“Are we being discussed without us being included,” asked the president adding “Europe cannot just listen in” and “settle merely with the role of a technical coordinator of sanctions”.

In her New Year’s message, Prime Minister Sanna Marin (SDP) said that “we will not let go of our room for manoeuvre”.

Petteri Orpo, the Chair of the liberal-conservative National Coalition Party, said his party has supported membership “already for more than 15 years” and demanded other parties to provide content for the debate on security policy and open their stance on NATO.

In his blog, the Chair of the parliamentary group of the Swedish People’s Party, Anders Adlercreutz, wrote that NATO discussion in Finland is turning into a farce and preparations for an application should be commenced without delay.

The Chair of the Greens’ parliamentary group, Atte Harjanne, expressed his support for joining NATO and said the membership of Finland and Sweden would increase European stability. As a party, the Greens are somewhat divided over NATO.

Comments from the social democrats and the Centre Party have been more muted and emphasised calm and avoiding quick conclusions.