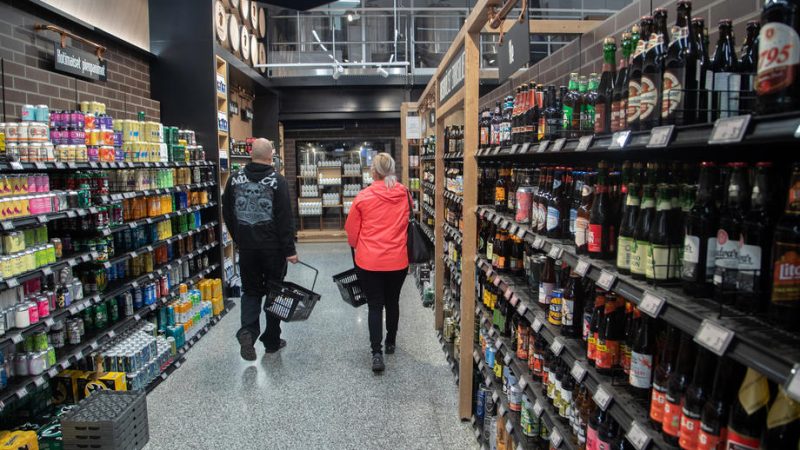 In the event of the war, it was predicted that about one-quarter of the 2,000 Finnish companies exporting to Russia would be hit by sanctions. Many Finnish companies have now aborted their operations in Russia. [EPA-EFE/MAURI RATILAINEN]

75% of Finns would allow wine to be sold at food shops  – which are only allowed to sell alcoholic drinks below 5.5% proof –  a survey commissioned by the Finnish Grocery Trade Association shows. In Finland, drinks with more alcoholic content are sold across the country’s 370 Alko shops.

Government monopolies that manufacture or sell some or all alcoholic beverages exist in all Nordic countries except Denmark.

In Finland, the monopoly, Alko, was launched in 1932 after a thirteen-year prohibition, and even produced Molotov cocktails for the army during the war. Over the years, however, Alko’s monopoly has been challenged and has been eroded. The biggest change took place in 1995 when Finland joined the EU, after which its monopoly on production and import were lifted.

The next step could be to allow the sale of ‘mild wines’ with alcohol content below 15% at food shops  – an issue that may become a policy theme ahead of the general election in 2023. Unsurprisingly, opinions are divided according to interests. At stake are the profitability of shops and health concerns.

According to the country’s Grocery Trade Association, the availability of mild wines at food shops would decrease the consumption of “stronger” drinks, as well as imports from abroad. But both the ministry of social affairs and health and the institute for health and welfare are concerned over the possibility of rising death rates.

Before the pandemic in 2019, alcohol sales averaged 8.7 litres per person per year, according to the OECD. The highest number among OECD countries was recorded in Latvia with 12.9 litres, followed by the Czech Republic, Austria, France, Hungary, Lithuania and Slovenia, all with over 11 litres per person. In 2020, the figure for Finland went up to 9.2 litres.