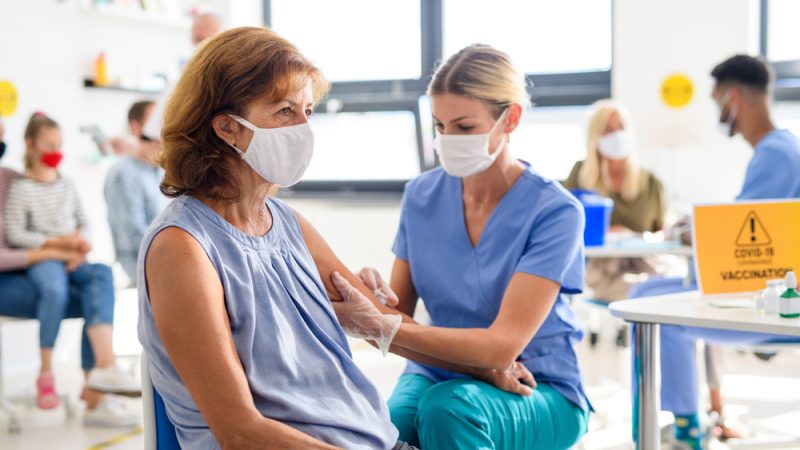 The vaccination rate in Slovakia is the third-lowest in the EU, after Romania and Bulgaria. [Halfpoint / SHUTTERSTOCK]

Most Slovaks agree that medical personnel and teachers are obliged to take the COVID-19 vaccine, a new survey conducted by Focus agency shows.

Almost 57% of Slovaks would say ‘yes’ to the mandatory vaccination of medical personnel like doctors and nurses. In comparison, 56% agree that it should also be compulsory for caretakers in nursing homes, according to the survey. By contrast, 52%  of the 1,002 people surveyed favour making the vaccine mandatory for teachers.

However, the governing coalition cannot agree on making vaccines mandatory for those groups or in general.

Gábor Grendel – one of the officials of the strongest coalition party – Ordinary People and independent Personalities – said that he does not expect to see any changes from the government’s current position.

“Vaccination will stay voluntary,” he added. The largest opposition parties do not support making vaccines mandatory either.

The vaccination rate in Slovakia is the third-lowest in the EU, after Romania and Bulgaria.

While the vaccination rate among medical personnel in Slovakia is the highest with over 70%, the rate among teachers is lower at around 60%.

Although unvaccinated teachers, accounting for a third of all teaching staff, would have to go into quarantine if a COVID-19 case is detected in class, Education Minister Branislav Gröhling said the vaccine should remain voluntary.