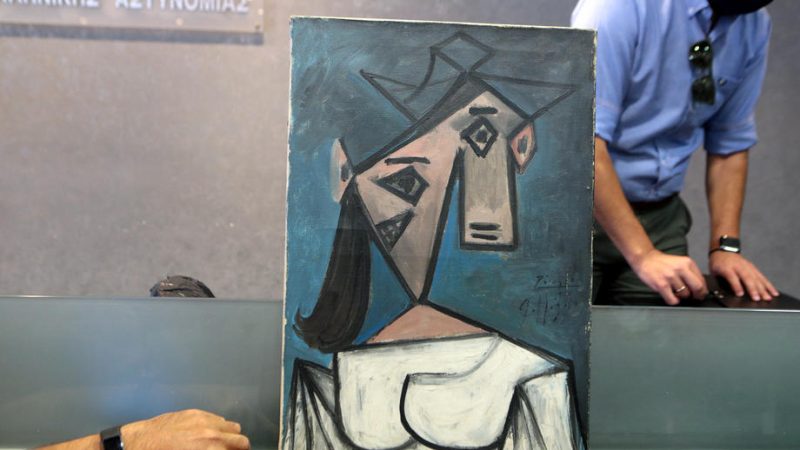 International media such as BBC reported on the issue while domestic opposition media outlets criticised the government saying it humiliated the country globally. [EPA-EFE/PANTELIS-SAITAS]

Greek police have managed to recover a painting by Pablo Picasso that was seized in a 2012 raid on the National Gallery in Athens. However, the good news was overshadowed by a video showing the painting slipping on to the floor just before a press conference.

The video, which has since gone viral on social media, shows the painting slipping on to the floor, whereupon a policeman lifted it up carelessly like any ordinary object.

A few hours after the incident, Swedish furniture manufacturer IKEA posted on Facebook an advertisement of a frame rack with the hashtags #picasso #oops. A similar post was made by Plaisio company, which said “we support whatever is valuable.”

International media such as BBC reported on the gaffe, while domestic opposition media outlets criticised the government saying it humiliated the country globally.

Culture Minister Lina Mendoni tried to play down the issue, calling on Greeks not to be “so miserable […] Let us stay on the fact that the Greek police had a great success”, she said. 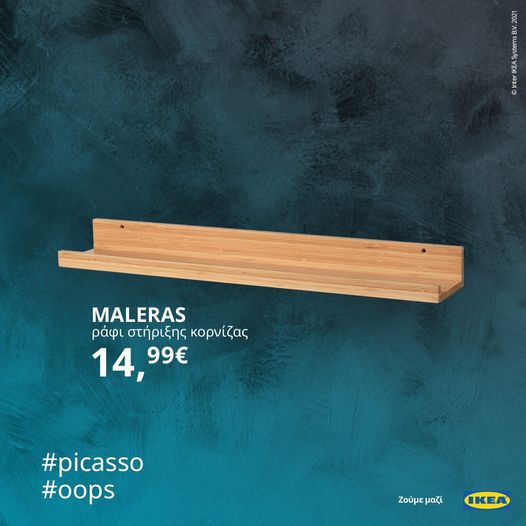