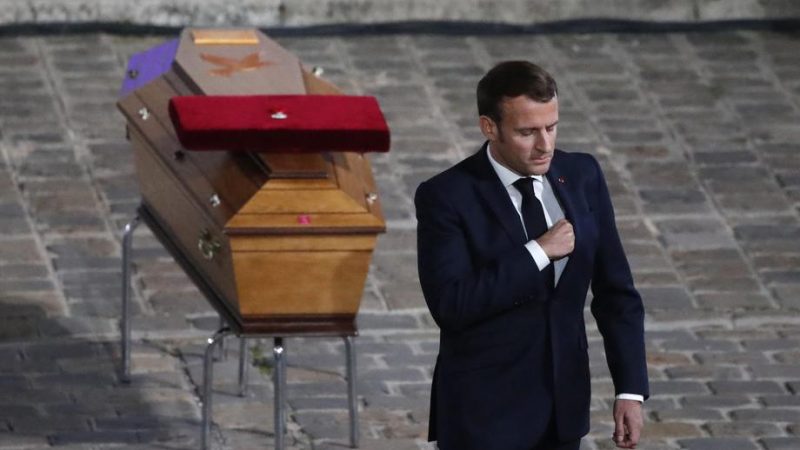 The Cypriot government has decided to strengthen safety measures to protect possible French targets in the country. [EPA/MAXPPP OUT]

A group of Muslims attacked the French embassy in Cyprus in light of an escalating crisis between France and Turkey following the beheading on 16 October of history and geography professor Samuel Paty.

A group of Muslims gathered on Tuesday in front of the French embassy in Cyprus and they clashed with police forces. The police also reported that the group removed the French flag while two people were arrested.

The Cypriot government has decided to strengthen safety measures to protect possible French targets in the country.

Meanwhile, media in Cyprus report that the police is assessing the warning recently made by Egypt’s President Abdel Fattah Al-Sisi about a potential “wave of jihadists” in the wider region of the Eastern Mediterranean and Turkey’s role.

This information has not been confirmed yet. However, journal Phileleftheros reported that checks haven been stepped up on those migrants coming from the occupied territories or by sea for the purpose of identifying them with terrorist lists. (Sarantis Michalopoulos | EURACTIV.com)