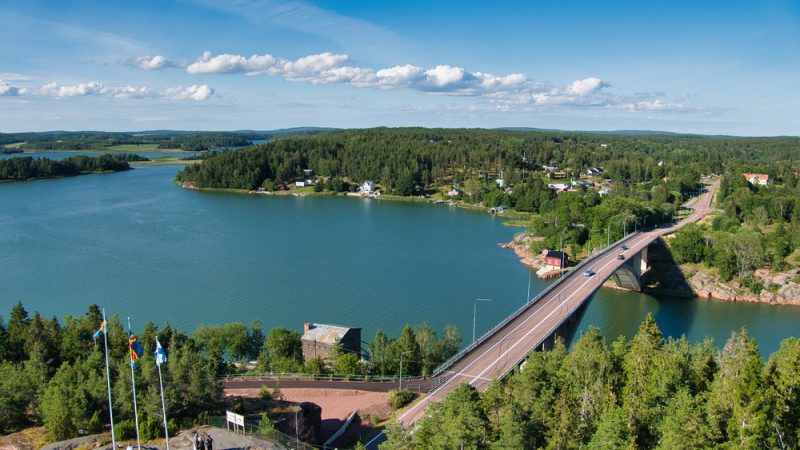 Finland owns the Åland Islands, an autonomous region that lies at the entrance to the Gulf of Bothnia in the Baltic Sea between Finland and Sweden. [Shutterstock/Sergey Izotov]

Finland’s possible NATO membership has raised questions around the current demilitarised status of the Åland Islands.

Finland owns the Åland Islands, an autonomous region that lies at the entrance to the Gulf of Bothnia in the Baltic Sea between Finland and Sweden.

However, the demilitarised and neutral position of the archipelago consisting of thousands of islands dates back to the Paris Peace Treaty after the Åland War in the 1850s and was renewed in the 1921 Geneva agreement. A third agreement defining Åland’s status was signed in 1940, under which the Soviet Union was given a right to military surveillance in the area.

However, Finland potentially joining NATO has questioned whether the Islands will keep their demilitarised status, particularly as Finland has the right and obligation to defend the area.

Parliament Speaker Matti Vanhanen of the Centre party touched on the issue during a public event on Sunday (24 April).

According to him, having permanent Finnish troops in the Åland Islands would help defend the territory against possible intruders.

The debate is likely to continue as the decision on NATO membership gets closer, and Russia will likely have a say on the matter as its consulate is still in Åland’s capital, Maarianhamina.